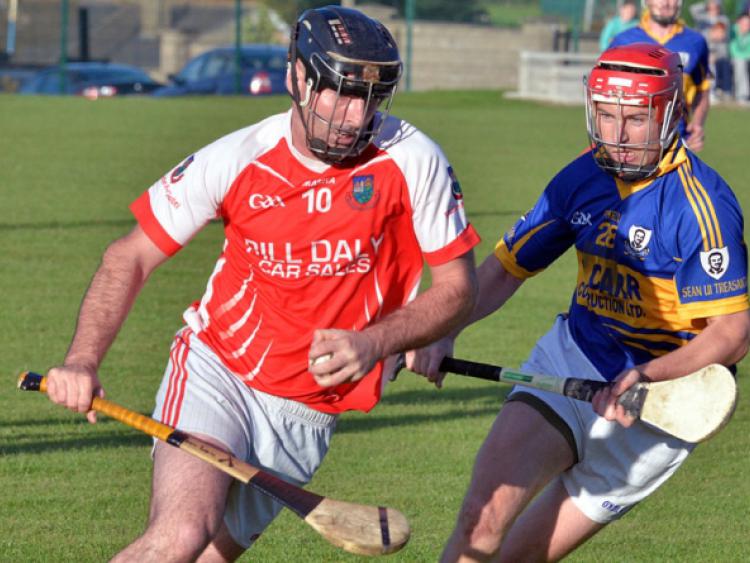 Sean Treacys grabbed victory with a goal in the dying moments of this Tipperary Credit Union intermediate hurling championship game played at Annacarty on Saturday evening, 1-9 to 1-8.

Sean Treacys grabbed victory with a goal in the dying moments of this Tipperary Credit Union intermediate hurling championship game played at Annacarty on Saturday evening, 1-9 to 1-8.

They can thank super sub Paudie Ryan for being very alert to hit the winning score.

However Galtees will rue the defeat, having led and then being denied in somewhat controverial circumstances.

The winners led by 0-5 to 0-2 at the interval but Galtee came strongly into the game in the second half and led by 1-8 to 0-9 approaching injury time.

Because of his delay in taking the puckout, the referee penalised the Galtee goalkeeper by throwing the ball in on the twenty-metre line.

Although the ball was initially cleared, it was driven back in again and Paudie Ryan, who had come on as a sub, gained possession and scored a goal to give Sean Treacys the lead.

From the puckout Galtee went into the attack to try to get the equaliser but their effort was wide and, when the final whistle sounded, Sean Treacys were winners by 1-9 to 1-8.

It was a tough defeat for Galtees but had good displays from Denis Peters who got their goal and Tony O’Brien who finished with four points.

Sean Treacys had a fine display from Denis Stapleton who scored 0-3.