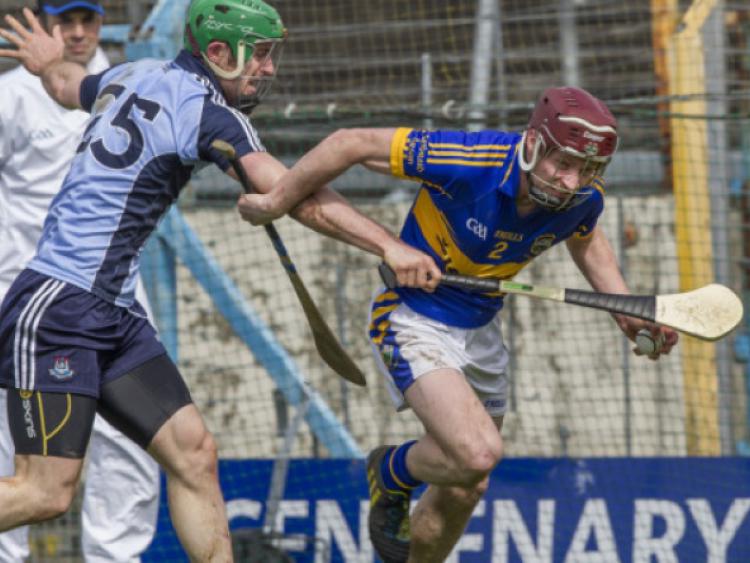 Tipperary had little trouble overcoming the Dublin challenge in the National Hurling League semi-final at Semple Stadium on Sunday.

Tipperary had little trouble overcoming the Dublin challenge in the National Hurling League semi-final at Semple Stadium on Sunday.

The game was over as a contest in the first quarter as Tipp started in whirlwind fashion with early goals from Shane Bourke and Bonner Maher.

After seventeen minutes all six starting forwards for Tipperary and the outstanding Noel McGrath in midfield had made a contribution to the scoreboard as Tipperary clocked up three goals and eleven points in the opening half.

The third goal saw Seamus Callanan finish off the half with style. He had already scored two points from play and three frees turning in a polished performance. Callanan stepped up confidently to take a penalty and he gave Alan Nolan and the defenders in the Dublin goal no chance with a bullet of a shot.

The game fizzled out as a contest in the second half as Dublin failed to offer any real challenge to the home side.

Tipp now meet old rivals Kilkenny in the final after the All Ireland champions also enjoyed a big semi-final win over Galway.

Tipp travel to Nowlan Park for the decider on Sunday, May 5 for the latest instalment in one of the great rivalries in hurling recent years.