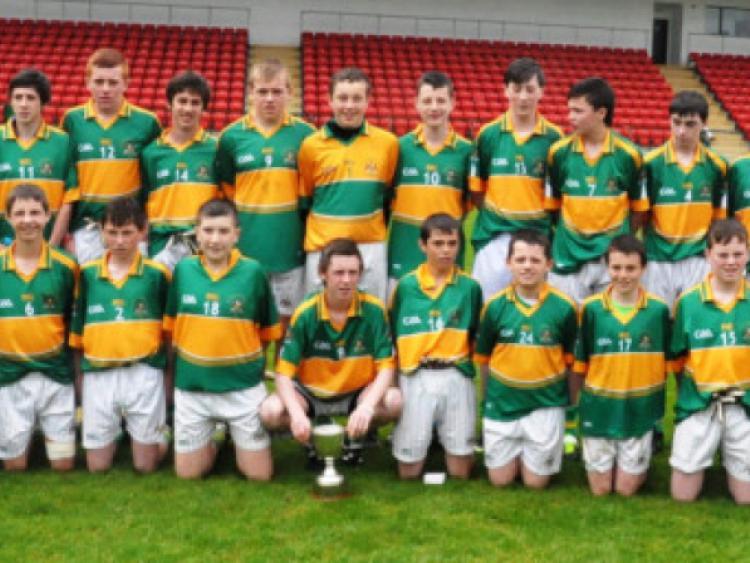 Clonmel Commercials U14 boys created another bit of history by becoming All Ireland Division 3 Peil Champions on Sunday last, by beating Blessington of Wicklow in an intense and exciting final on a score line of 5-09 to 5-05 in Owenbeg, Co. Derry.

Clonmel Commercials U14 boys created another bit of history by becoming All Ireland Division 3 Peil Champions on Sunday last, by beating Blessington of Wicklow in an intense and exciting final on a score line of 5-09 to 5-05 in Owenbeg, Co. Derry.

The team, mentors and supporters departed on Thursday for Buncrana, Co. Donegal which was their base for the competition. On Friday they played the host club and won on a score line of 3-9 to 2-2 and then headed to Derry for the parade.

The team played two more league games on Saturday against Letterkeny of Donegal and Laragh United of Cavan and won on score lines of 2-9 to 1-4 and 3-8 to 0-3 respectively. It was off to Derry again on Saturday evening to play North London in the semi-final and they were victorious again on a score line of 3-11 to 3-6.

The final was played on Sunday and following their victory, a tired but elated group of players, mentors, family and supporters arrived back to be greeted by the Mayor Pat English and a large number of delighted supporters in the Park Hotel on Sunday night at 7.15 p.m.

The club would like to extend its gratitude to the Buncrana G.A.A. club and the people of Buncranna for their generosity in looking after the players for the weekend.

Thanks also to the Park Hotel for the use of its main function room at very short notice and to the Mayor of Clonmel, Pat English for making the presentation of the jersies to each of the players

Finally, a special word of thanks and congratulations to Tomás O’Ceallaigh, Team Manager for all his hard work and effort in preparing and training this fine group of boys, who by all account were great ambassadors for the club on and off the field.