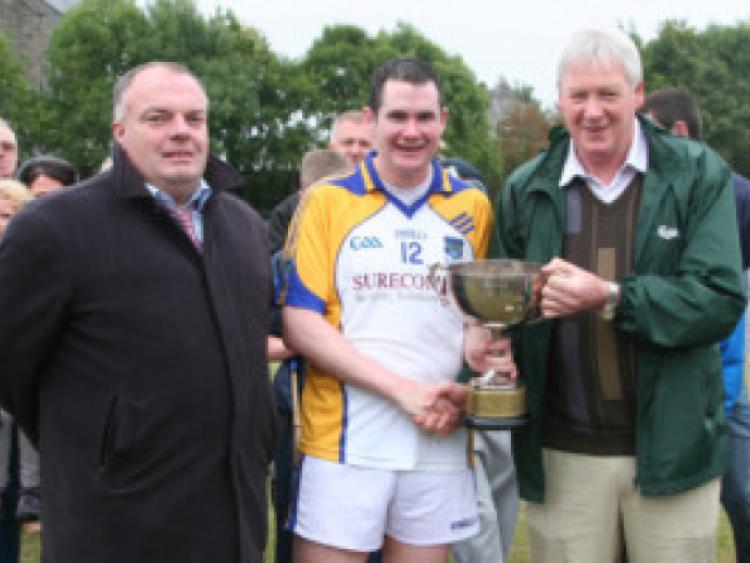 Clonoulty-Rossmore’s Dan Breen Cup ambitions received a major boost as they powered their way into the Clean Ireland Recycling county SHC quarter-finals with an impressive win over Toomevara at Holycross on Saturday last.

Clonoulty-Rossmore’s Dan Breen Cup ambitions received a major boost as they powered their way into the Clean Ireland Recycling county SHC quarter-finals with an impressive win over Toomevara at Holycross on Saturday last.

Clonoulty-Rossmore were nine points clear with time running out. But two late goals from the North side salvaged some Toome pride while never going to change the outcome.

It was an impressive showing by the beaten West champions who put the disappointment of that loss to Eire Og Anacarty behind them.

The crucial score was Fiachra O’Keeffe’s beautifully taken 44th minute goal which shot his side four points clear. They quickly added points from Tom Butler and Sean Maher to leave Toomevara with a mountain to climb. Much was expected of this encounter, and while it never reached heart-stopping championship intensity, it was an absorbing contest between two teams who harboured serious championship ambitions with credentials to match.

Toome led 0-12 to 0-11 qt half time, with Timmy Hammersley hitting five of the West side’s points. Clonoulty-Rossmore fared better in the third quarter and had eased 0-16 to 0-15 ahead when O’Keeffe scored his quality goal with Tom Butler and Sean Maher adding points. The West side suffered a setback midway through the half when centre forward Thomas Butler had to retire with a damaged shoulder but replacement Tom Butler made a significant contribution to the success.