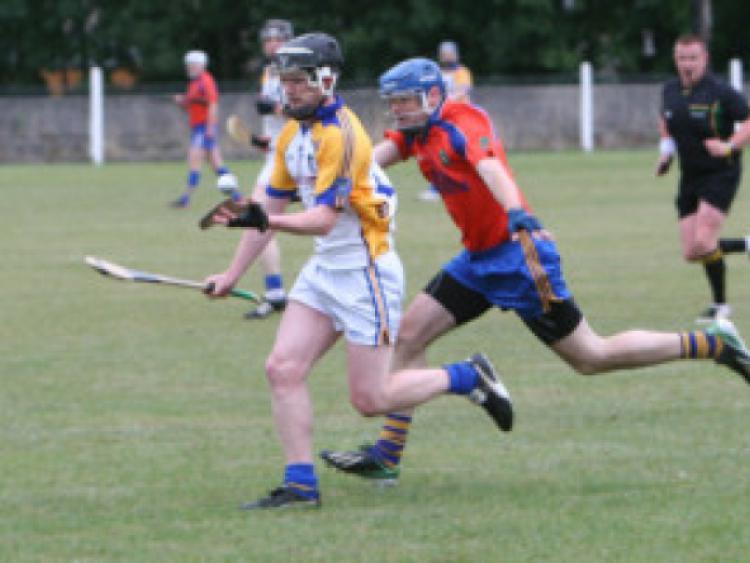 Last Saturday County Bord na nOg commenced their hurling championship semi finals with the staging of the U 14 A, B, and C county semi finals which proved to be a goal scoring frenzy accounting for thirty two goals in total

Last Saturday County Bord na nOg commenced their hurling championship semi finals with the staging of the U 14 A, B, and C county semi finals which proved to be a goal scoring frenzy accounting for thirty two goals in total

In Cashel the three games produced total of sixteen goals.

In the A decider mid champions Durlas Og who are historically strong at this grade lived up to expectations proving far superior for their southern opponents Carrick Swan clinching their right to the final on a score of 3-5 to 0-4. The B contest produced an upset to expectations as the south combination of Skeheenarinky/Newcastle upstaged the mid champions Drom Inch by a single point on a finishing score of 2-4 to 0-10.

The C was an action packed event of goals galore totalling eleven in all. South champions Fethard were facing a second team from Durlas Og representing the mid and edged their way to final with a two point winning margin 6-3 to 5-4.

The other semi finals took place in Littleton and similar to Cashel another sixteen goals rattled the nets.

In the A contest west champions Arravale Rovers appeared to be coasting to victory as they were in front at the interval on a score Arravale Rovers 3-2 Roscrea 0-0. However in the second period the north men upped their performance and clawed their way back into contention scoring 2-5 while conceding two points to lose out by a two point margin on a score line of Arravale Rovers 3-4 Roscrea 2-5.

In the B game west champions Cappawhite proved too much for their north opponents Silvermines qualifying for the final on a finishing score of 1-12 to 2-3.

The C decider was west champions Solohead against Roscrea second team. Despite playing against the wind in the opening period Cappawhite led at the interval 2-3 to 1-3. Upon the resumption with the wind advantage Cappawhite conceded a goal while clocking up a further 3-6 for a concluding score reading Cappawhite 5-9 Roscrea(B) 2-3.