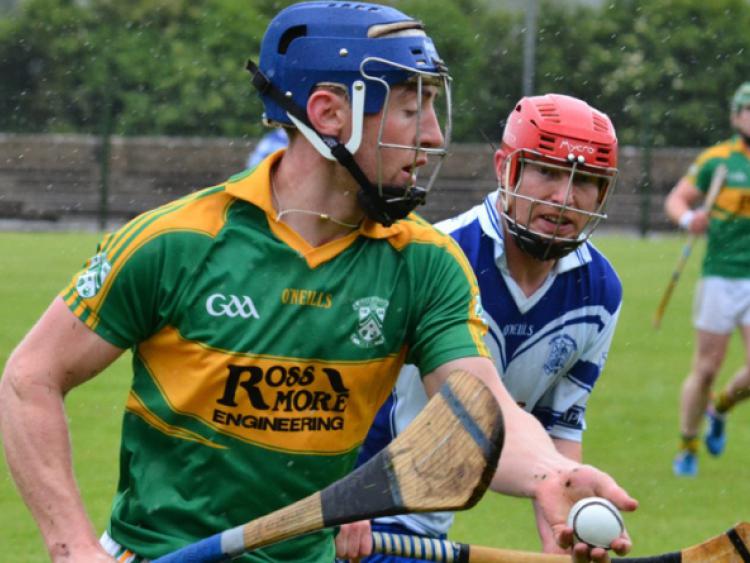 Thirty-two has become eight. Our meandering hurling championship is down to quarter-finals after Clonoulty and Borrisoleigh came through at Holycross on Saturday.

Thirty-two has become eight. Our meandering hurling championship is down to quarter-finals after Clonoulty and Borrisoleigh came through at Holycross on Saturday.

The pick of those ‘quarters’ is undoubtedly the clash of Drom and Nenagh at Templemore on Saturday next.

That tie will be accompanied by the meeting of Killenaule and Loughmore. Meanwhile the West sides feature in a double header at The Ragg on Sunday: Clonoulty face Kildangan with Annacarty renewing acquaintance with Borrisoleigh.

Yes, we’re down to the business end of things in a rapidly diminishing field. Drom remain favourites for ultimate honours but Clonoulty have leapfrogged up the ranking to second position ahead of Loughmore.

Clonoulty’s re-emergence comes after a victory over Toomevara, one which has certainly reignited their campaign following a dismal West final display. Their rehabilitation was impressive, perhaps the concession of two late goals the only blemish on an otherwise commanding performance.

The say (whoever they are?) that you often learn more in defeat than victory and that old maxim has certainly been exemplified by Clonoulty this year. In the West final a depleted and, quite frankly, misplaced team fell well short of a compact Eire Og. Embracing the lesson, however, Clonoulty reshaped and refocused to put them right back in the chase for county honours after out-playing Toomevara in an impressive second half especially. The word emerging from Clonoulty ahead of the game told of a major shake-up since the West final. A challenge outing against De Le Salle had gone particularly well. John Devane was back in defence, Thomas Butler restored to half forward and returnees to the team included James Heffernan in defence with Sean Maher and John O’Neill starting in attack. Donagh O’Donnell had been spotted around Clonoulty too so all the pieces seemed to be in place for a new-look Clonoulty and Rossmore.

Ultimately it would all prove too much for Toomevara. Mind you the first half was tight enough, Toome’ taking a minimal advantage to the break but once Clonoulty found the groove in the second half the fans were soon heading for the exits.

The game I thought really turned on a truly sublime goal by Fiachra O’Keeffe approaching the three-quarter mark. It was a thing of beauty. Sean Maher lobbed one into the goal area where O’Keeffe ‘killed’ the ball on his stick before deftly flicking past goalie, Cuddihy, without handling the ‘sliotar’. Such control!

That was the spur which drove Clonoulty to take command of this match. They went nine-up but will be a bit bothered by the concession of two very late goals. Eoin Brislane was now in the Toomevara attack and he proved a bit unsettling for the defence. Eventually Mark McCarthy had a consolation goal and then right at the ‘death’ a ‘65’ went all the way to the net for a second. It was an untidy ending for the winners.

In the first game Borrisoleigh eventually got past Swans but only after a major second half wobble in a game that was ruined by an incident nearing the three quarter mark which saw four players red carded. The outbreak of violence was short lived but nasty. Whatever happens between players on the pitch there can be no toleration whatsoever of invaders from the sideline, hoodied or otherwise. I expect the Board will take appropriate action.

Borrisoleigh had led by eight to four at the end of a nondescript first half but a fine Anthony O’Donnell goal for Swans early in the second period sparked a major rally by the South side. They were only two adrift when the trouble flared and eventually a Danny O’Hanlon goal drew them level with about twelve minutes to play.

However, that was as good as it got for Swans. Borris’ quickly retook the lead and then a Keith Ryan goal closed out the game with about four minutes remaining. Borris’ won by six in the end with Brendan Maher showing real quality in that second half particularly when his side was under strain.

And so to those quarter-finals next weekend. The eye-catching match-up is obviously Drom/Inch against Nenagh Eire Og. Drom will be fancied but I suspect Nenagh will rate their chances in this one after steady progress through the various qualification rounds.

The key man for Drom in the Mid campaign was Seamus Callanan with Loughmore finding him too hot to handle in the divisional final. It will be interesting to see how the Moloneys and company in the Eire Og defence handle that threat. The Killenaule-Loughmore match-up which opens proceedings at Templemore on Saturday isn’t short of appeal either. The South champs have had a long wait since their divisional win in late July, which is surely an unsatisfactory aspect of our championship structure. The Mid side will be favourites here but I’m looking to Killenaule for a big display. There’s certainly enough star quality in that side to make an impact and hopefully their ambitions stretch beyond local glory.

The Sunday games at The Ragg will be watched with interest too. Clonoulty will be fancied against North champions Kildangan and Eire Og will be seeking to repeat last year’s win over Borrisoleigh.

And so an All Ireland that many found too difficult to call goes to a second instalment in three weeks following Domhnall O’Donovan’s brave leveller in a dramatic shoot-out. I must admit when Pat Horgan shot that lead point I was cringing. Wasn’t it typical of Cork to be out-hurled for seventy minutes and yet still hang in there to steal a most unlikely All Ireland. Thankfully the gods – and Brian Gavin – weren’t totally heartless as the Banner got a deserved reprieve. Hurling can be cruel. Clare were significantly superior to Cork, out-hurling them in so many sectors, and yet the goals kept rescuing the rebels. Clare had a tendency in earlier games to leak goals and unfortunately that trait resurfaced on a day when they abandoned their sweeper formation. It was a day too when a few critical breaks fell Cork’s way. By now Shane O’Neill has enjoyed a charmed existence and replaying that incident, like the one in the Kilkenny game, isn’t pleasant viewing. A correct refereeing verdict there would surely have been a match changer.

Before the replay Clare will surely have retained their All Ireland U21 crown which should put them in good mood for the return to Croker.Great to see Waterford bridge that massive gap to their previous minor win - and to see them do it in style. Munster hurling is thriving.