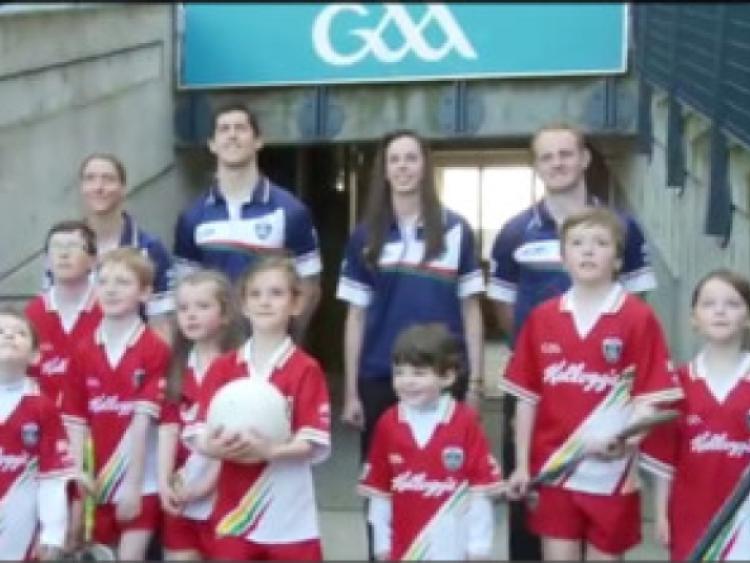 Gaelic games continue to enjoy huge popularity in Ireland with 73% of families devoting more than 10 hours per month to GAA sports, according to a survey* commissioned by Kelloggâ€™s to celebrate the launch of the 2014 Kelloggâ€™s GAA CÃºl Camps.

Gaelic games continue to enjoy huge popularity in Ireland with 73% of families devoting more than 10 hours per month to GAA sports, according to a survey* commissioned by Kelloggâ€™s to celebrate the launch of the 2014 Kelloggâ€™s GAA CÃºl Camps.

The importance of Gaelic games among Irish families is reaffirmed by the fact that 23% of parents surveyed say that they have been involved in GAA â€˜all my lifeâ€™, with 24% actively participating in Gaelic games for more than ten years. When the same question was asked to a selection of GAA members and supporters with families**, 68% of these highly engaged supporters said that they have been involved in GAA all their lives. A massive 81% of the same group of respondents also said that the GAA is â€˜very importantâ€™ to their family.

It is clear that GAA plays a central role in the heart of Irish communities* , with 91% agreeing that the GAA contributes to a sense of community for many. 88% of those surveyed also agreed that volunteers are the backbone of GAA clubs around the country. This belief is further backed up by the fact that 22% of Irish parents offer 10 hours or more per month volunteering their time at their local GAA club.

Speaking at the launch, Kelloggâ€™s Managing Director, Jim McNeill said: â€œAt Kelloggâ€™s we are committed to partnerships which support communities, enhance skills and deliver value for money for hard pressed consumers. We are delighted that our support of the GAA CÃºl Camps has encouraged greater participation and we are committed to continuing this support in 2014, so that more Irish families can enjoy the Kelloggâ€™s GAA CÃºl Camp experience.â€

Each child booked in to a Kelloggâ€™s GAA CÃºl Camp in 2014 will receive a free GAA kit and back pack in county colours. Parents can log on to www.gaa.ie/kelloggsculcamps to book their childâ€™s place now.

Speaking at the launch, Kelloggâ€™s GAA CÃºl Camps Champion, Rory Oâ€™Carroll added: â€œI am delighted to get involved with the CÃºl Camps programme again this year. I have mentored and coached at camps in my own club, Kilmacud Crokes, and I have seen how childrenâ€™s skills can dramatically improve with expert coaching delivered in a safe and fun atmosphere.â€