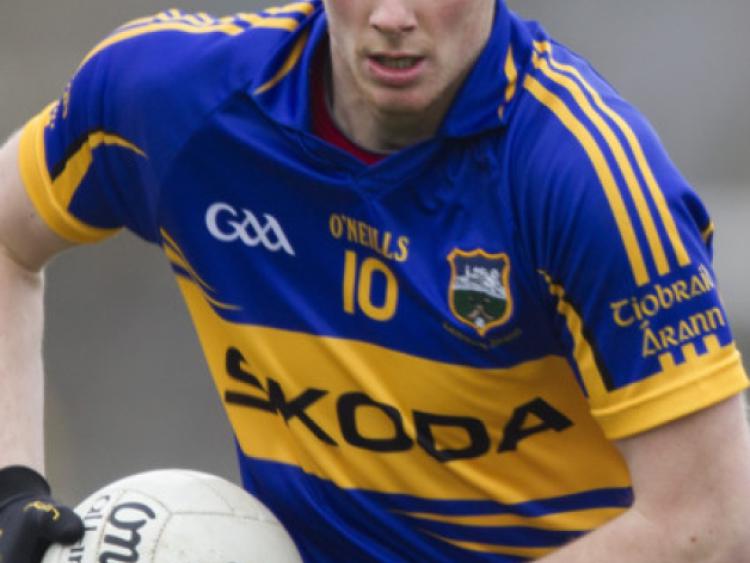 Tipperary players and management left the Armagh Athletics Ground a very disappointed group on Sunday after losing to the home side in the first round of the National Football League Division Three.

Tipperary players and management left the Armagh Athletics Ground a very disappointed group on Sunday after losing to the home side in the first round of the National Football League Division Three.

Armagh are red hot favourites to win the division and will be fancied by many to go close in the Ulster championship.

However they won this game by the skin of their teeth and in very controversial circumstances.

Tipp manager Peter Creedon was fuming at the outcome as he knew Tipp could and should have won the game - and at the very least deserved a draw.

After playing some marvellous football, they led by a point at the end of normal time. Two minutes added time was notified and Armagh kicked the equaliser in that time.

But with the two minutes definitely up, with the linesman indicating as much to the refree, play continued and Armagh snatched the winner.

Allied to a dubious penalty and a red card for Robbie Kiely, it left the Tipp contingent very unhappy at the outcome.

It took Tipperary some time to get to the pace of the game with Armagh looking the sharper team, but despite all their possession it took them 5 minutes to register their first score, a point by Tony Kernan, and this was followed by a Jamie Clarke point in the 10th minute.

Colin Oâ€™Riordan got Tipperary off the mark with a point from play in the 11th minute and this was followed by two points from frees by Jamie Clarke in the 14th and 17th minute.

Tipperary responded with another point from play Oâ€™Riordan in the 20th minute to leave the score 0-4 to 0-2 in favour of Armagh.

In the 23rd minute Conor Sweeney kept Tipperary in touch with a point from a free and this was followed by aTony Kernan point in the 26th minute to maintain the Armagh advantage.

A nice movement from the backline saw Ian Fahy advance up field and Kevin Fox slipped past two defenders only to see his shot narrowly wide.

Conor Sweeney had his best point of the day from the sideline in the 30th minute to leave the sides level.

Then we saw the first of referee David Coldrickâ€™s dubious decisions with Armagh being awarded a penalty which Jamie Clarke converted to leave them ahead at the break 1-4 to 0-4.

Tipperary should have got more out of their first have possession but for some wrong options with their shots.

Tipperary upped their game at the start of the second half with points from Colin Oâ€™Riordan, Conor Sweeney and Barry Grogan to have the sides level after 4 minutes.

This was followed by another Colin Oâ€™Riordan point to put Tipperary in the lead.

We now had the second dubious decision by the man in black which saw Robbie Kiely get a straight red with the help of the linesman on the opposite side of the field.

Tipperary were rattled and within a minute Mark Shield cut in from the right to score a great goal and a point from Aidan Forker.

Tipperary fought back with points from Conor Sweeney (free) in the 12th minute of the half and Stephen Oâ€™Brien in the 14th minute from play. Goalkeeper Even Comerford got injured in a clash with Kevin Dyas with the Armagh man having to leave the field.

This was followed by three Tipperary points from Barry Grogan, Stephen Oâ€™Brien and George Hannigan in the 23rd, 25th and 26th minutes to leave Tipperary ahead by two points.

Captain Paddy Codd had to retire injured in the 27 minute and Tipperary introduced some fresh legs throughout the second half with Donnagh Leahy, Sean Flynn, Philip Austin and Brian Mulvihill coming on to make an impact.

In the 35 minute Ml McKenna got a point for Armagh and this was followed by a Jamie Clarke point to leave the sides level two minutes into added time.

The linesman indicated that the two minutes were up and everyone expected to hear the whistle but he allowed play to continue and Jamie Clarke scored the winner after 38 minutes and 10 seconds.