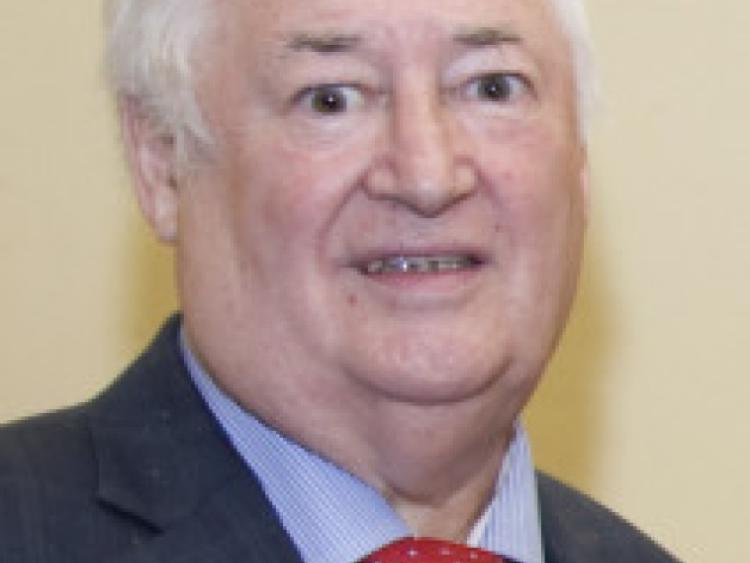 The Recent passing of John Murphy has caused great sadness in his native Cashel and especially amongst the members of Cashel King Cormacs Club.

A life long supporter of the club, many will recall with fondness his attendance at the three great games in 1992 versus Kiltormer and most memorably his participation in the trip to Ruislip, which followed. He seldom, if ever, missed a game of any consequence in which the club were involved and if unable to attend would be on the phone to me for a comprehensive report of the game in question. He gave Cashel King Cormacs county final victory in 1991 monumental coverage in the Cork Examiner as it was then and repeated that journalistic feat when Boharlahan triumphed in 1996. To all and sundry in Cashel, John was affectionately known as “the Merryman”, a most apt title for him.

Apart from his wife Eileen and his daughters, Jackie, Sharon, Deirdre and Claire, the GAA and all that pertained to it was the major interest in his life. He was a passionate supporter of Tipperary and Cashel and yet became Chairman of the Waterford GAA County Board in the 1980s. Whenever Tipperary would play Waterford the Murphy homestead in Dungarvan would be decked out with five Waterford flags and one large Tipperary flag.

His father died in 1956 and the family moved to Dungarvan where he continued his education in the Augustinian College. He commenced his journalistic career with the Dungarvan Observer and joined the Cork Examiner in 1969, with whom he had many scoops. Notably The Claudia gun-running at Helvick, the kidnapping of Lord Donoughmore of Knocklofty House and most famous of all the “Angel of Death” Aids story in Dungarvan itself.

His charismatic and outgoing personality ideally suited him for his chosen profession of journalism. However he always considered his audience with Pope John Paul II in 1987 the highlight of his career.

He got involved in many aspects of life in Dungarvan. He was truly a man for all seasons and his annual pilgrimage to Cheltenham was the stuff of legend. He also made several trips to Cardiff for the Ireland V Wales rugby matches, where he forged many friendships. However he was never happier than when in the press box at Croke Park, Semple Stadium or Pairc Ui Chaoimh, cajoling his journalistic colleagues about Tipperary.

The King Cormac Club was well represented at his funeral by the officers and many members of the club. A wreath in the red and green colours of his beloved King Cormacs accompanied his coffin. This was well appreciated by the Murphy family. The “Merryman” was a wonderful friend, marvellous company and never had a dull moment with him. So it is with a heavy heart I say slán a chara to “ a close personal friend” as he would say himself. Ar dheis láimh Dé go raibh a anam uasel.

The Cashel King Cormacs club would like to extend its deepest sympathies to both the Quirke and White families of Cashel on the passing of John Quirke and Kitty White.

A determined and focussed Cashel side saw off the strong challenge from Golden at a wet Clonoulty on Saturday last to book a place in the West A U21 football final.

The conditions were poor and Cashel adapted quickly and held a two-point half time lead courtesy of goals from Robert Anglim and Seamus Reade with points from the boots of Brian Quinlan, Anglim and Andrew Wallace. The second half was a titanic struggle with both plenty of goalmouth activity at each ends of the rain sodden pitch. But it was Cashel that held firm and points from Reade, the impressive Anglim, Quinlan and a superb score from Simon Delaney; Cashel did just enough to earn victory. The team and subs all played huge roles in this win but with Arravale Rovers looming next weekend the lads know nothing less than a repeat performance and some more will be needed. The club would like to thank everyone for their efforts and especially those that togged under difficult circumstances. No doubt the last two games will stand to the team and with a strong vocal Cashel support the team will respond and hopefully pull off another victory. The game is fixed for Golden next Saturday at 4pm so please get out to Golden and shout on the lads.

On Friday, March 15, the Tipperary county board will be holding an All County Table Quiz in association with Tipp FM. The questions will go out to each venue live over the radio from 9pm.

Cashel King Cormacs will hold our local heat in Brosnan’s Bar. Entry €40 per team of four. Teams must be in place and ready for 9pm.