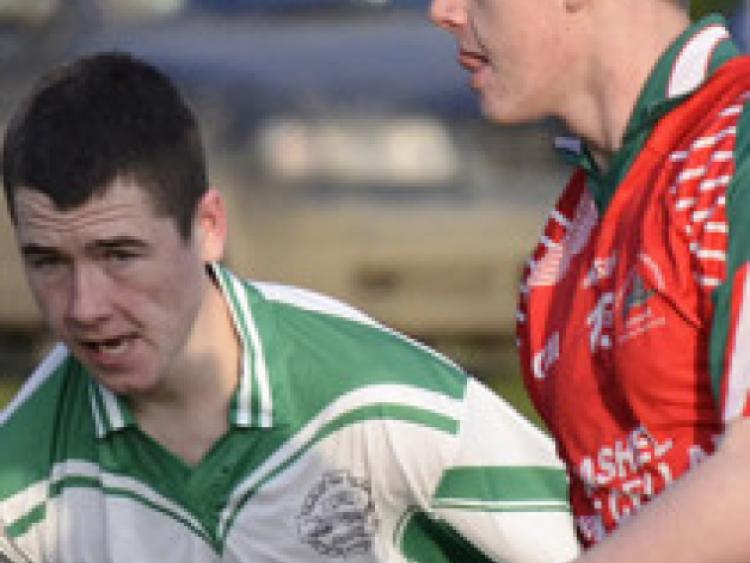 The semi-final of the McGrath Oil under-21 A championship was finally resolved at Clonoulty on Saturday evening when Cashel King Cormacs defeated Golden-Kilfeacle by 2-7 to 1-7 in another close contest.

The semi-final of the McGrath Oil under-21 A championship was finally resolved at Clonoulty on Saturday evening when Cashel King Cormacs defeated Golden-Kilfeacle by 2-7 to 1-7 in another close contest.

Perhaps not as exciting as the drawn game but still a gripping encounter that wasn’t decided until the final whistle. During the last quarter both sides missed opportunities that would have changed the final result.

Keith Landy opened proceedings for Golden but Cashel, playing with whatever wind advantage there was, followed up with 1-2 to lead after eight minutes. The goal was well taken by Robert Anglim who was in like a flash on a blocked ball and buried it in the Golden net.

The advantage then went Golden’s way and they drew level after eighteen minutes when Keith Landy cashed in on confusion in the Cashel goalmouth to score an opportunist goal.

Golden’s joy was shortlived as Seamus Reade had Cashel’s second goal three minutes later. Simon Delaney made a great run from wing-back and Reade finished off a good movement with a well-taken goal. Soon after Andrew Wallace added a point to give Cashel a four point lead.

Golden had the better of the remaining minutes in the half and added two points from Seanie O’Halloran and Josh Keane to leave the halftime score 2-3 to 1-4 in favour of Cashel.

Seamus Reade put Cashel further ahead soon after the resumption but Josh Keane came back with two points for Golden to leave only a point between the sides. Robert Anglim put Cashel two up and Seanie O’Halloran brought it back to one after sixteen minutes.

During the final quarter it was a tough, dour encounter as the players had to contend with heavy rain, greasy conditions and a wet ball. They tried their best and both sides missed chances. Golden had two balls come off the crossbar and Cashel had one.

In the end Cashel held on to their point advantage and added two more from Brian Quinlan and Simon Delaney. They were probably the better side during the final ten minutes and had four close-in frees to increase their advantage but failed to convert them in the difficult conditions.

When the referee blew the full time whistle Cashel were in front by 2-7 to 1-7.

Dylan Fitzell had another fine game for Cashel and others to impress were Jonathan Grogan, Robert Anglim, Gearóid Slattery, Shane Murphy and Seamus Reade.