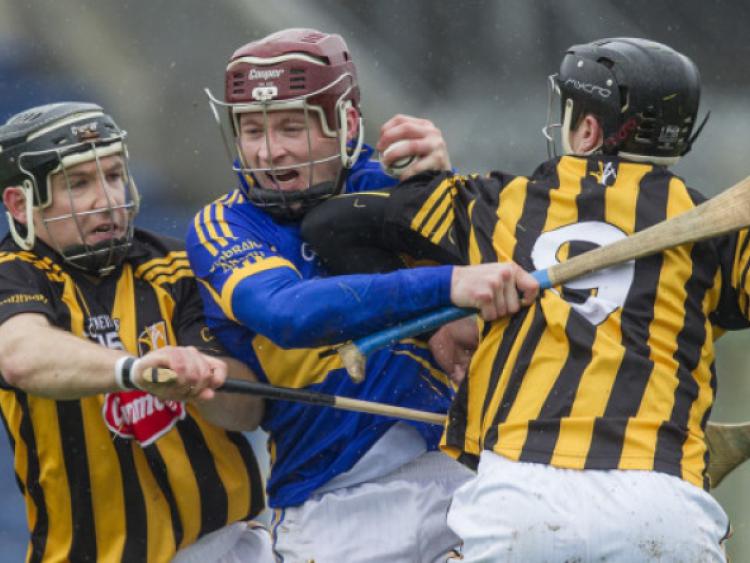 Tipperary senior hurlers recorded their first win over Kilkenny since the 2010 All Ireland final with a narrow but deserved win over the Leinster side at Semple Stadium on Sunday.

Tipperary senior hurlers recorded their first win over Kilkenny since the 2010 All Ireland final with a narrow but deserved win over the Leinster side at Semple Stadium on Sunday.

It was a badly needed win for Tipp following their opening round defeat to Cork.

But they responded in style to that setback and took the game to the All Ireland champions in a manner that the management team had demanded.

A contest of championship intensity, if not quality, this encounter will go some considerable way towards restoring the status of the Tipp-Kilkenny rivalry, and while no one will be reading too much into the outcome in terms of the bigger picture for 2013, Tipperary followers in the 5,697 attendance went away pleased with what they had seen, and with a much more positive outlook for the campaign ahead.

The 2-17 to 1-19 win puts them on two points and only one behind leaders Cork who were held by Waterford in Dungarvan.

League wins in the month of March tend to count for little later on in the year but this surely was a success to boost Tipp morale, with the manner of its execution most encouraging. There were many excellent individual performances. Brendan Maher, Noel McGrath, Padraic Maher, and Eoin Kelly showed inspiring leadership all through while Larry Corbett was back among the goals, and was central to a number of the Tipperary points. However, the most positive aspect of the outing was the attitude displayed by the players as a whole and hopefully this will again be to the fore when they engage Galway in the next round next Monday in Galway. Nothing less will suffice.

Brian Cody, the Kilkenny manager, was not happy about losing the points but he will have no fears about his side’s premier division status despite the early defeats, and with a return of his injured players will be all the keener to re-assert his side’s authority as the year unfolds. Richie Hogan, Paul Murphy, Paddy Hogan, Eoin Larkinand the accurate Richie power were their key men.