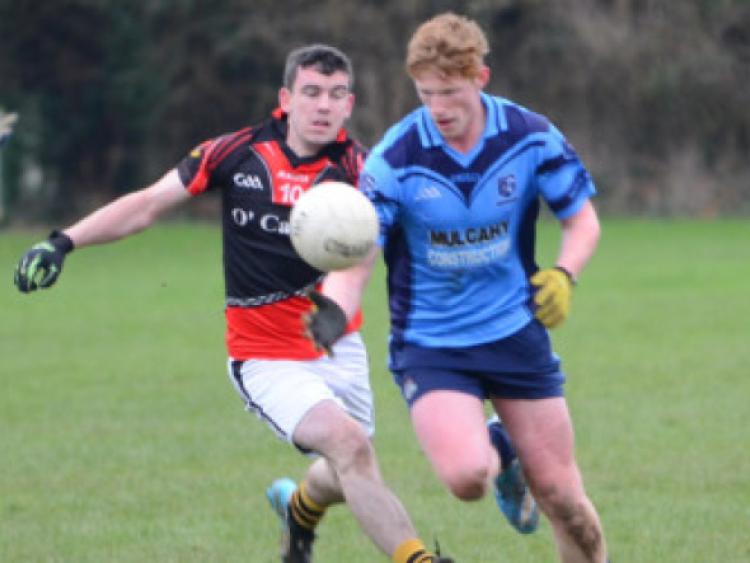 Moyle Rovers beat the combination side Ballyporeen/Newcastle in Cahir on Saturday afternoon in the South U-21 A Football Championship.

The Rovers goals, scored at crucial points in the game proved to be the difference between the sides. Rovers’ Danny Owens opened the scoring with a point after 4 minutes, with Ceallach Hennessey replying for Ballyporeen/Newcastle in the 5th minute.

A great passage of play from Moyle Rovers ended with a great goal from Ciaran Luttrell in the 6th minute. John Martin replied with a point from a free for the combination side. Rovers added four points to their tally, with Ballyporeen/Newcastle’s only reply coming from a point from Fionnan O’Sullivan, again from a free.

In the 22nd minute a great ball played across the edge of the square by John Ryan was punched to the net by Adrian English for a goal for Ballyporeen/Newcastle to bring them back to within two points of Rovers. However within minutes Rovers’ Ciaran Luttrell replied with a second goal. Shane Lonergan added a further point while Ballyporeen/Newcastle replied with a point from Adrian English to leave the half time score 2-6 to 1-4.

Rovers began the second half spectacularly. Stephen Quirke won the ball from the throw-in and gave a quick ball into Ciaran Luttrell, who made a fantastic, untracked run, before scoring his third goal within seconds of the throw-in.

Rovers wing back Brian Norris then came up the field to get his name on the scoreboard with a lovely point from play and Shane Lonergan quickly added another point.

Ballyporeen/Newcastle’s Fionnan O’Sullivan replied with two points from frees. In the 40th minute Ballyporeen/Newcastle were awarded a penalty but the shot was saved by Rovers goalie Tommy Morrissey, only for John Ryan to pounce and send the rebound to the back of the net. That was just before Ciaran Luttrell scored his fourth goal to emphasise Moyle Rovers’ dominance.