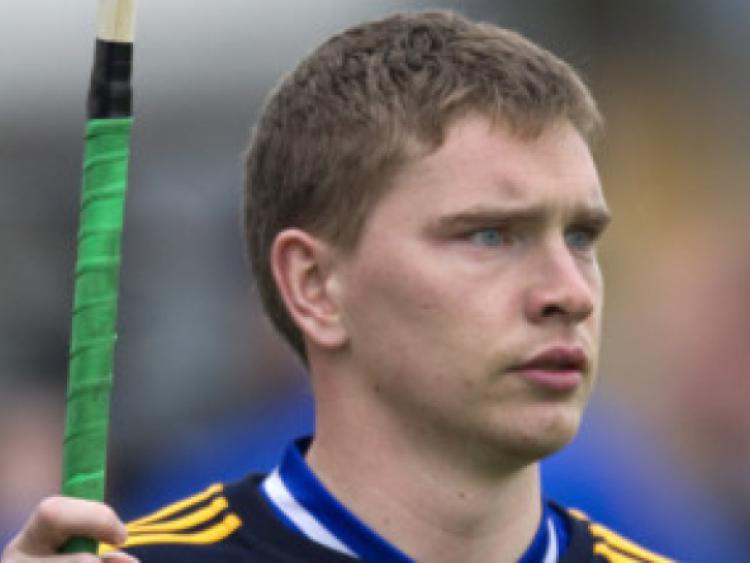 BRENDAN Maher is convinced that Tipperary have what it takes to reclaim the All-Ireland senior hurling title this year.

BRENDAN Maher is convinced that Tipperary have what it takes to reclaim the All-Ireland senior hurling title this year.

And Maher is fuelled by a burning desire to prove the critics wrong following last August’s humiliating 18-point defeat to Kilkenny in the All-Ireland semi-final.

But the Premier County’s vice-captain would also love to win an Allianz National Hurling League medal.

Maher, 24, joined Tipp’s senior hurling panel in 2009 – a year after Tipp’s last success in the competition.

But Tipp have a good chance to reach their first final since the 2009 defeat to Kilkenny when they play Dublin in next Sunday’s semi-final at Semple Stadium (2.0).

Dublin beat Limerick to claim the Division 1B title and promotion to Division 1A for the 2014 campaign.

But the added bonus for the Sky Blues is a high profile match with Tipperary in a Division 1 semi-final.

Maher is anticipating a tough game against Anthony Daly’s visitors and he watched their victory over Limerick on TV as he was unable to make it to Semple Stadium due to club commitments.

Maher said: “We didn’t get to play them yet during the League. We didn’t get to really see them playing. I was hurling myself – I recorded it and watched in on telly. “They’re a good physical team and they play the ball well.

“It’s going to be a massive test for us – up another level to the round robin games. We’re looking to improve on our performance from the last day. We can’t really be concentrating on what the opposition bring. We have to concentrate on our own performance.”

Tipp’s last outing, at home to Clare, resulted in a comfortable eleven-point success – a result that staved off the threat of a relegation playoff and secured a semi-final spot.

Tipp finished on top of the Division 1A standings after five matches and that was a wholly acceptable result following the heavy 1-11 to 0-26 defeat against Cork in the opening round of fixtures.

Maher reflected: “There was massive disappointment and there was a sense of, right, we need to knuckle down here and get working.

“We talked about it, assessed it and tried to figure out where we go from here. Things were said, things were dealt with and we got back on the training field. We said we were going to give it more of an effort and thankfully we got a good win over Kilkenny, good win over Galway, blip against Waterford but a good performance the last day against Clare. We need to up it again now.”

The Cork defeat brought back bitter memories of the 2012 Croke Park mauling at the hands of Kilkenny.

Maher recalled: “It does dent your confidence but I tend to use it as a motivation factor as well. When people are talking negatively about you, you want to prove them wrong. I can only speak for myself personally – that’s the way I try to use it. There’s a lot of desire and hunger there to prove people wrong, that we are a good team and capable of winning an All-Ireland again.”

Winning a 20th League crown would serve as a massive pre-championship boost and Tipp are potentially just 140 minutes away from achieving that feat.

Maher said: “I don’t have a League medal – I came in the year after they won it in 2008. I was beaten in the one against Kilkenny after extra time (2009). I’d love to win a League medal and that’s the same every year.”

But Maher’s thoughts are already drifting towards the summer and the prospect of Munster and All-Ireland glory.

Maher was superb in 2010 when Tipp last lifted the Liam MacCarthy cup and a stellar season saw the Borrisoleigh clubman capture an Allstar and the Young Hurler of the year award.

But Maher’s 2011 campaign was blighted by an ankle break and only now does it appear that he’s returning to peak form.

He insists that Eamon O’Shea’s senior players are good enough to reclaim past glories and is anxious to see a talented group deliver on rich potential. Maher explained: “That’s the one thing Brendan (Cummins) is always saying to us. “He won his All-Ireland in 2001 and he had to wait nine years for another. We’re trying to make the best of what we have here at the moment. That entails working as hard as you can and trying to perform to the best of your ability.

“We 100 per cent believe that we’re good enough to win the All-Ireland this year and as I said, we’re working hard to try to do that.”