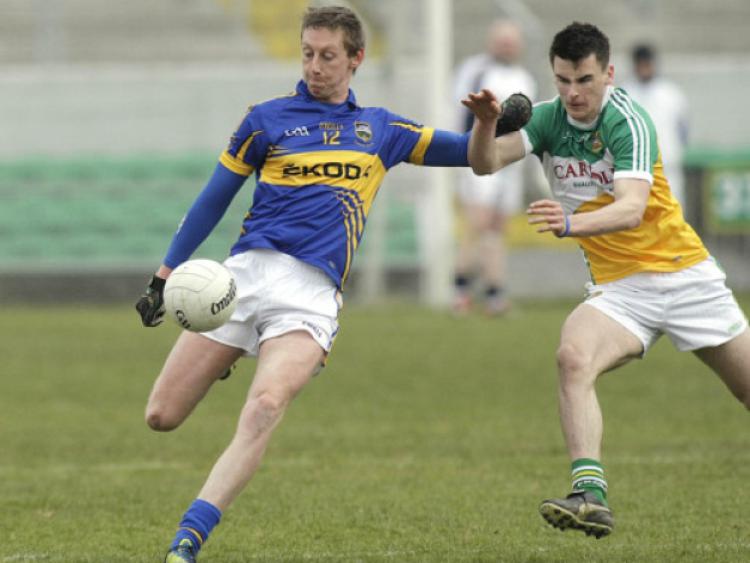 Champions Clonmel Commercials began their quest for the retention of the County Senior Football title, with an easy 2-13 to 0-4 victory against Galtee Rovers.

Champions Clonmel Commercials began their quest for the retention of the County Senior Football title, with an easy 2-13 to 0-4 victory against Galtee Rovers.

As early as the first minute, Commercials had registered a point from a free by Alan Lonergan and they dominated the game from thereon. Galtee Rovers battled gamely until the finish, but they could not cope with the intensity levels and speed of the Commercial players.

Rovers scored their first and only point from play on the 12th minute when T Egan kicked a great point after a good lay off. From the 20th minutes Commercials took full control of the game with 4 scores from play from J Peters, L Moore, S Kennedy and D Madigan and they took a lead of 0-5 to 0-1 into half time, after playing against the wind.

Commercials began the second half as they finished the first, with 2 quick points from L Moore and J Lonergan and the game was finished as a contest on the 6th minute, when man of the match Seamus Kennedy finished to the net with an unstoppable shot.

Commercials wrapped up the victory with a goal, which was expertly finished to the net by Shane Power after some good inter play by the Commercial backs and forwards. Alan Lonergan completed the scoring with a pointed free with virtually the last kick of the game.

The winners were well served by D Madigan, K Harney, J Peters, S Kennedy, L Moore, B O’Hara and J Lonergan, however it must be stressed that all the Commercials players played well.

Best for Galtee Rovers/St. Pecaun were C Higgins, C Morrissey, T Egan and S Egan. This will be a game to forget for Galtee who despite their endeavours, were totally outclassed on the night. The County Championship is being run on a league basis this year and I expect there to be a few twists and turns in the month ahead.