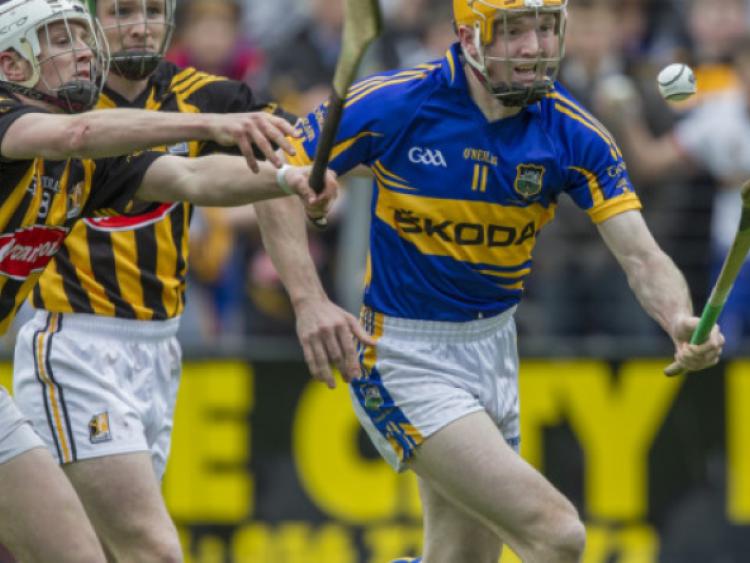 Tipperary just failed to catch Kilkenny in the closing stages of the Allianz National Hurling League final at Nowlan Park, losing by three points 2-17 to 0-20.

Tipperary just failed to catch Kilkenny in the closing stages of the Allianz National Hurling League final at Nowlan Park, losing by three points 2-17 to 0-20.

Two first half goals from the brilliant Michael Fennelly proved the difference as a battling Tipp came up just short.

They were seldom more than two points behind the defending All Ireland and League champions but the league’s top goalscoroers failed to find the net in the final.

Both sides finished with fourteen players with Tipp’s Lar Corbett and Kilkenny’s JJ Delaney receiving red cards after grappling on the ground.

Supporters from both sides believed that yellows might have been sufficient but referee Barry Kelly invoked the ultimate sanction.

Kilkenny had let 2-7 to 0-11 at half time after playing against the stiff breeze.

Brendan Maher had a huge game for Tipp in the first half with one inspirational point.

He was again heavily involved in the second period as Tipp fought back and levelled the scores with twenty minutes left with his fourth point of the game.

However Kilkenny hit three without reply and held that advantage to the end.

Tipperary will be disappointed to lose a national final but heartened by the display and the exorcising of the ghost of last year’s All Ireland semi-final disaster.

Manager Eamon O’Shea will have learned a lot for the championship opener against Limerick.