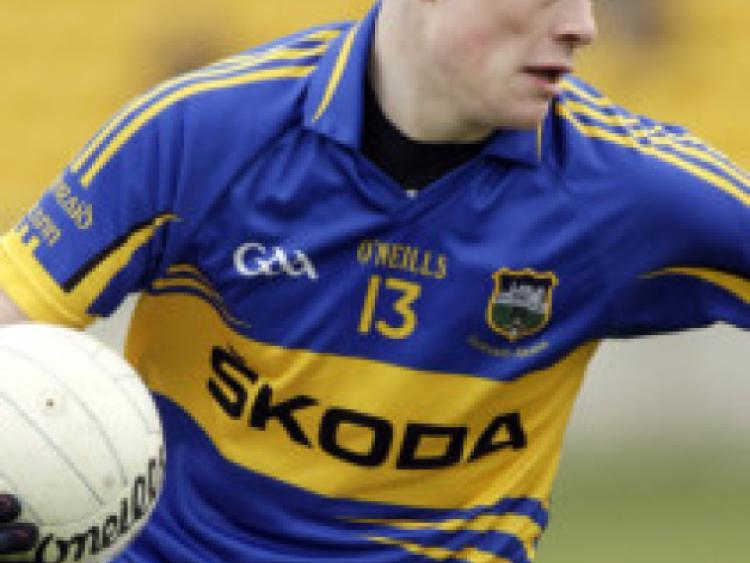 Tipperary take on Cork in the Munster u-21 football final in Semple Stadium this Wednesday evening with two changes in personnel from the semi-final.

Tipperary take on Cork in the Munster u-21 football final in Semple Stadium this Wednesday evening with two changes in personnel from the semi-final.

Darragh Kearney returns from illness to slot in at full-back and in the reshuffle, forward Liam Treacy loses out.

The shock news to emerge over the weekend, however, is that goalkeeper Evan Comerford is no longer a member of Power’s squad.

Comerford, a Clonmel Commercials player, is replaced between the sticks by Gearoid Slattery of Cashel King Cormacs.

Power confirmed: “Evan Comerford is not on the panel any more. I’ve spoken to my other two selectors and we’ve decided that we’re not going to make any further comment on the matter.”

It is understood that a clash between Comerford’s soccer and Gaelic Football commitments are at the heart of the matter. Comerford, who won an All-Ireland minor medal in 2011, plays soccer with Clonmel Town.

Meanwhile, full-forward Michael Quinlivan has been named to start, despite limping out of the Tipp’s senior defeat against Offaly in Tullamore last Sunday.

It was initially feared that Quinlivan, another 2011 All-Ireland minor medallist, had suffered serious knee damage.

But Power revealed: “He’s a lot better and we’re confident that he’ll be starting.

“Michael has suffered no structural damage to his knee.”

Rockwell Rovers player TJ Ryan has also returned to full fitness to boost Power’s options. And Moyle Rovers Philip Quirke, who was named to start in the semi-final win over Clare, is also moving well, according to Power.