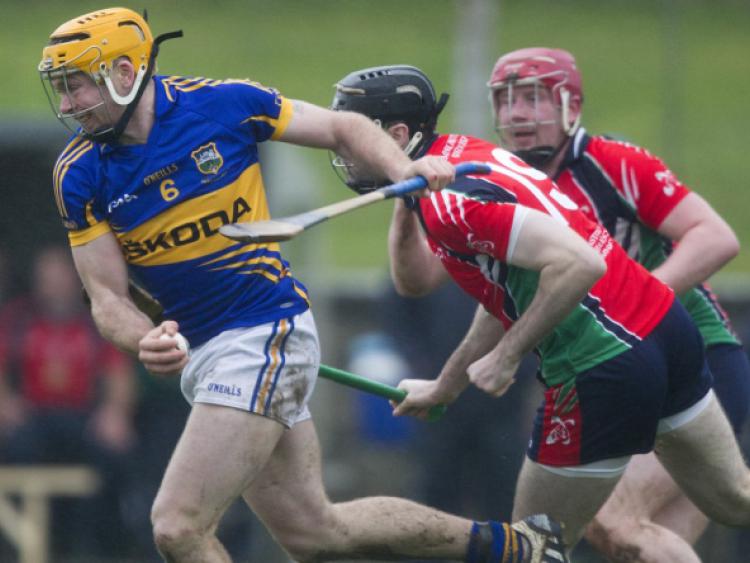 The style of play, application and workrate of the players was most pleasing to O’Shea but the poor nature of the opposition must be taken into account in any evaluation of this performance.

Limerick IT were down six intercounty players – including 2013 Hurler of the Year Tony Kelly – for the visit to MacDonagh Park.

Four Clare panellists only arrived back to Ireland last Sunday morning from a holiday in Cancun and LIT were also without Galway’s Paul Killeen and Limerick’s Alan Dempsey.

In front of 472 spectators, Tipp took full advantage of understrength LIT to inflict a heavy defeat on their opponents and victory has set up a quarter-final showdown with Kerry next Sunday in Tralee.

Still, there was plenty to be positive about from a Tipp perspective as Lar Corbett made his seasonal bow after coming off the bench at half-time.

Corbett, linked with a buyout of GAA birthplace Hayes Hotel in Thurles, scored a late goal to cap a solid Tipperary display.

John O’Dwyer was Tipp’s leading scorer with 12 points – including ten from placed balls – as Shane Bourke and Seamus Callanan scored first half goals.

Shane McGrath, captain in 2013, turned in another assured display in the right half back position and on recent evidence, the Ballinahinch man could be in line for an extended run in this position.

And in the corner back slots, Cathal Barrett and Jack Peters provided evidence that they will push for places in O’Shea’s panel for the Allianz National League.

That spine alone is laced with quality and in the coming weeks and months, O’Shea will hope to slot in the other pieces of the jigsaw.

Ultimately, a number of starting positions are up for grabs and O’Shea will look to rotate his squad for the remainder of the Waterford Crystal Cup campaign and into the National League.

But it does appear that he wants to hit the ground running this year after Tipp suffered damaging early defeats in 2013 – against Clare in the Waterford Crystal Cup final, followed by a heavy loss to Cork at Páirc Uí Rinn in the first round of the League.

Waterford Crystal Cup success and developing a winning habit is not to be sniffed at and at half-time last Sunday, on a poor afternoon for hurling, Tipp led by 2-8 to 0-1.

Heavy rain fell throughout the first half and a strong wind, favouring LIT, made life difficult for both teams.

Shane Bourke scored the opening goal in the sixth minute, finishing a flowing move that went through the hands of captain Brendan Maher, Conor Kenny and Seamus Callanan.

And it was Callanan who buried Tipp’s second goal from a 16th minute penalty, after Denis Maher was fouled by a combination of Barry O’Connell and Brendan Egan.

The scoreboard at half-time made for bleak reading from an LIT perspective, with Padraig Hickey scoring their solitary point from a 12th minute free, but it could have been even worse but for the heroics of goalkeeper Aaron Murphy, who pulled off a string of fine saves throughout.