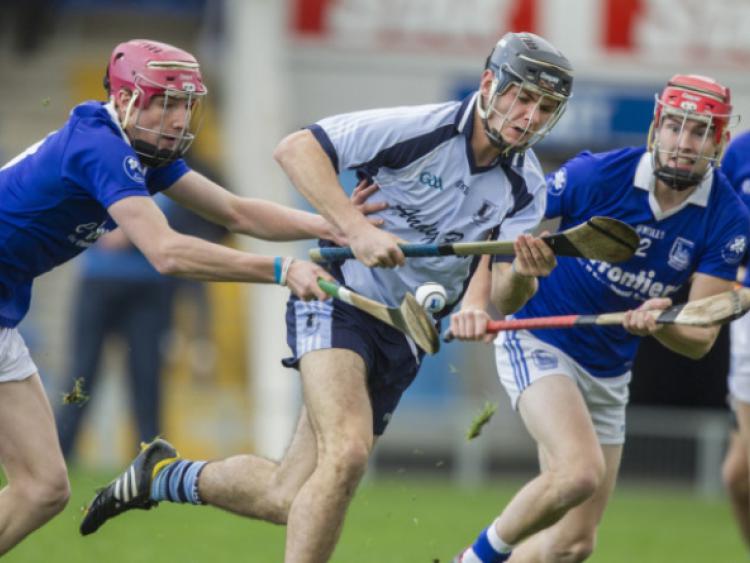 A busy hurling weekend has cleared the decks for next Sunday’s semi-finals.

A busy hurling weekend has cleared the decks for next Sunday’s semi-finals.

There’s novelty in the pairings with Templederry in their first ever semi versus Sarsfields and Loughmore and Mullinahone also colliding for the first time at this stage - they shared quarter-finals in 1999 when Mullinahone won and 2012 when the spoils went to Loughmore.

There was no shortage of drama in last weekend’s ‘quarters’ whatever about the quality of the hurling. Three of the four were won by a single point, two of them going to extra time. Ironically the widest margin came in the game that the bookies had listed as an evens contest. Indeed Templederry produced some of the smartest hurling of the weekend.

Sarsfields got there courtesy of a monster free by Aidan McCormack from deep within his own half. It was atonement for the centre forward because at the end of normal time he’d dragged a potential winner wide of the posts, not helped by the unsporting barracking he got from a certain sideline element.

The first half of this contest was a yawn. At the end of it Sarsfields trailed four-seven having scored a mere point from play by Stephen Cahill. They could be grateful for one marvellous block by Paudie Maher on Michael Heffernan after Paddy Murphy made a great catch to feed the centre forward. But both sides were guilty of some awful wides and it took two Paddy Murphy points just before the break to open that modest gap between the teams.

Four minutes of added time were called due to various delays including an injury to Paddy Murphy for which Paudie Maher was lucky to only receive a yellow card. Then Noel Moloney was penalised out on the sideline for charging – a correct call in my view – before Aidan McCormack pulled it wide.

The added time kept the character of what went before. Nenagh took a minimal lead to the break but ultimately it came down to a foul on Kevin O’Gorman and that huge hit by McCormack for the winner. Earlier Sarsfields were fortunate to get a close in free when the referee seemed to see something that nobody else could fathom. In a game of millimetres these calls were crucial.

So, Sarsfields are through but they’ll also be aware that nobody will fear them on this form. The likes of Paudie Maher and his brother, Ronan, on the half back line make it very difficult to get through their defence. The Cahill/McCarthy partnership at midfield is lively while Aidan McCormack was their main score source this time with sporadic inputs from others. In fairness to Lar Corbett he worked hard throughout the field but like Pa Bourke didn’t raise a flag all day.

It’s desperately disappointing for Nenagh to once again come up short; forever contenders but never able to grind out wins in tight games like these. There was plenty to admire about many individual players but the collective was just short yet again. I thought Paddy Murphy showed snatches of the potential that others have seen in him for some time now.

Sarsfields’ opponents in the semi-final will be Templederry, arguably the most exciting team to emerge in recent weeks. Their clash with Burgess was expected to be a cliff-hanger but it was nothing of the sort. Burgess were slack from early on while Templederry put on a display of sharp, crisp, incisive hurling.

The Kenyons were seven-up at the break with cousins Adrian and Gearoid Ryan the key hit-men making light of that Burgess defence. Worryingly, however, like the Moycarkey game the previous week, there was a major dip in the third quarter. Burgess, led by the free-scoring Stephen Murray, hit back and the lead shrivelled to a mere two points.

Once again the Kenyons were forced to bring Adrian Ryan outfield to steady the boat and normal service was resumed for the final quarter as they stretched away to a seven-point margin.

They’ve brought novelty and freshness to the scene and will have neutral support against Sarsfields next Sunday. Brian Horgan does the training/coaching for a team that’s well stocked with players who’ve worn the blue and gold. It was the club’s first ever county quarter-final.

Probably the biggest turn-up at the weekend was Mullinahone’s added time win over a fancied Kildangan side. The South champions certainly didn’t believe the odds and brought a feisty approach which, coupled with the old wiles of Eoin Kelly, got them over the line.

From early the contrasting moods were evident: Mullinahone spirited and hard-working, Kildangan flat and faulty. The Northerners hit a lot of first half wides while Mullinahone with Kelly at half forward were far more economical and deserving of their interval lead of four.

It got better in the second half for the South side that went eight-up on Michael Dunne’s smashing goal but then they took a double whammy with two rapid-fire goals from Tadhg Gallagher and Willie Connors. In the end the cuteness of Kelly worked the equalising free, which he planted after the ball was moved forward for dissent; Kildangan were unhappy with the refereeing all night.

Kildangan got away in the extra time when Paul Flynn goaled but then that man Kelly delivered, first with a reviving goal and then the winner from a penalty. Tadhg Gallagher had a late chance to level it again but went for glory and the effort was saved. He forgot first principles – always make the game safe.

Mullinahone have a neat mix of upcoming talent from the minor class of 2011 and the older warriors like Kelly and the Currans – Paul was excellent too on Saturday. Ultimately the combination of Kelly’s magic and superior spirit took the South champions to the semi-final.

In that semi they’ll face reigning champions Loughmore after the Mid side stumbled over the line against wasteful Clonoulty. The West side will cringe to recall the litany of second half wides, the big majority dragging to the left of the town end posts on a cross field wind which proved very tricky.

Defensively Clonoulty were solid with the two Johns, Devane and O’Keeffe, particularly impressive but it was the attacking end that came up short. John O’Neill, who I thought grafted diligently all night, came close to being the hero at the ‘death’ only to be denied by goalie, Shane Nolan. Timmy Hammersley too was frustrated on the rebound and a point from a resultant free ultimately proved inadequate.

It was a missed opportunity for the West side because Loughmore were vulnerable. It’s seventeen years now since Clonoulty’s last big hurrah in senior hurling and for the present generation all those West titles will ultimately offer a disappointing legacy.

Loughmore have got to the semis without impressing. They have a habit of timing improvement for this time of year but the loss of John Meagher to their defence is proving a burden. They’ll be fancied on Sunday but Mullinahone will surely take encouragement from last week’s evidence.

Finally the Central Hearings Committee of the Association has let Brian Cody off the hook for his outburst at referee Barry Kelly. The Kilkenny manager has been warned about his future conduct but there’s no penalty for that ‘criminal’ comment.

The CCCC had cited Cody for his comment but once again found the CHC to be more generous in its assessment. By now Cody’s comments have been roundly condemned in many quarters, including a fine piece by Joe Brolly, a man I wouldn’t normally be referencing in this column.

The CHC’s action (lack of?) creates a very dangerous precedent. It’s effectively open season now on referees because if Cody’s comment merits merely the probation act then it’s difficult to see what deserves a real sanction.

There was venom in Cody’s comment and the fact that it has gone unpunished is shameful.