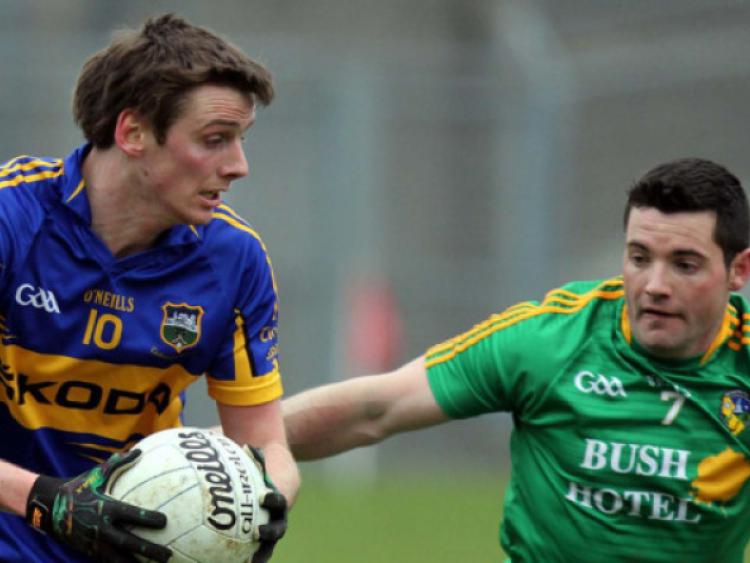 Tipperary’s promotion surge stays on course following a comprehensive 2-15 to 0-14 win over Leitrim in the Allianz National Football League, Division 4 at Semple Stadium on Sunday.

Tipperary’s promotion surge stays on course following a comprehensive 2-15 to 0-14 win over Leitrim in the Allianz National Football League, Division 4 at Semple Stadium on Sunday.

Tipperary produced their best football of the campaign to brush aside the Leitrim challenge, and in the process set up a mouth-watering clash with Offaly in the final round on Sunday week, with both sides needing victory to clinch promotion along with table-toppers, Limerick.

Manager Peter Creedon was delighted with his side’s first half display. “We played some brilliant football, particularly coming up to half-time, but I was disappointed with how we performed in the second half. I was pleased with our scoring but we are still struggling to win breaking ball around the middle of the field. However, it all boils down to the fact that we still have to win against Offaly. If we take the points there we will go through on the ”head to head” results, he said.

Creedon was happy that the team’s destiny is now in its own hands but he said that four wins in four games in four weeks is tough going, although he acknowledged that the winning sequence builds up momentum and boosts confidence.

There was much to admire about Tipperary’s first half performance. The work-rate of the players, their support for the man in possession, and some quality finishing and defending, prompted Leitrim manager, Brian Breen to comment afterwards that Tipperary were the best team his side had encountered this year. High praise indeed, with the performances of such as Barry Grogan, Alan Moloney, Brian Fox, Hugh Coghlan, Peter Acheson and Ciaran McDonald being particularly eye-catching.

Paddy Codd, John Coghlan, George Hannigan and Micahel Quinlivan also put in solid shifts in a display which should do wonders to boost confidence.

Subs- D Lynch for Leahy; B Mulvihill for Quinlivan; D Lowry for Matassa; B O’Brien for Grogan, R Kiely for McDonald;