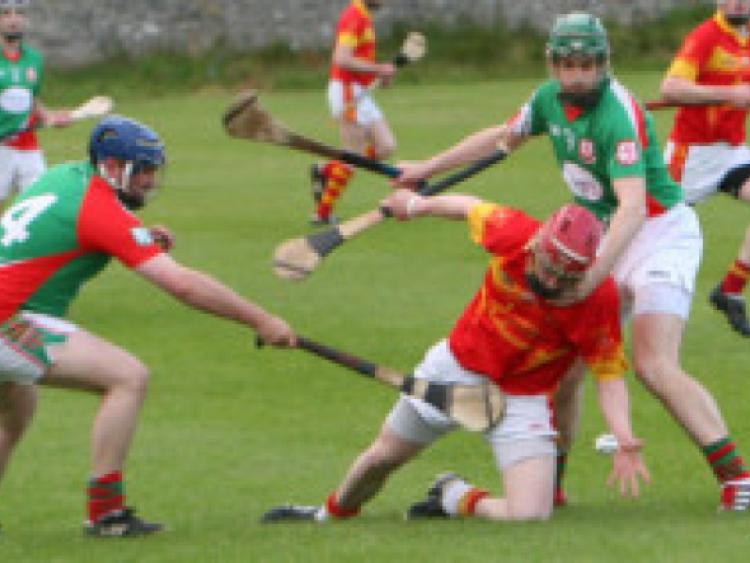 Killenaule beat Mullinahone easily, 2-21 to 0-13 in the South senior hurling championship at Fethard on Saturday. The game had no bearing on the outcome of the championship but the next meeting will carry more significance as they were drawn on the night to meet in the semi-final.

Killenaule beat Mullinahone easily, 2-21 to 0-13 in the South senior hurling championship at Fethard on Saturday. The game had no bearing on the outcome of the championship but the next meeting will carry more significance as they were drawn on the night to meet in the semi-final.

Carrick Swan play Ballingarry in the other semi-final with both games taking place week ending June 16.

Killenaule seized the initiative early on, racing into 0-4 to no score lead in the first eight minutes, Tony Doyle linking up with Niall O’Dwyer for the opener, followed by a Daniel Guinan point and a quick brace from Pat Kerwick.

It took Mullinahone longer to settle but were well in the game after two converted frees from center-forward Donal Coady. Killenaule’s Michael Doyle who amassed 1-6 from play after the hour, fired over a great point in the twelfth minute, before Donal Coady replied for CJK with another free.

Mullinahone’s Micheal Dunne then had a couple of fine points in quick succession, the first a neat score from his left side and the second the fishing touch to great move involving Edwin O’Meara and Donal Coady.

With Mullinahone eating into the lead, Killenaule began to up the ante. Tony Doyle began dominating on the edge of the square, pointing himself in the 17th minute, before twice turning provider for his brother Michael, either  side of another Donal Coady free.

Killenaule’s younger players were working extremley hard, in particular Daniel Guinan, who set up Tony Doyle for another score to extend Killenaule’s lead. Midfielder Thomas Keaveney tagged on another and Killenaule were well on top with halftime approaching.

Further points from Tony Doyle and a huge one from Daniel Guinan against another Donal Coady free for Mullinahone gave Killenaule an interval lead of 0-13 to 0-7.

The game was virtually over as a contest minutes after the re-start. Michael Doyle, having scored a point from a tight angle as play resumed, moments later collected a Pat Kerwick pass, ghosted past two markers and buried a low shot to the back of the Mullinahone net.

Joe Hogan and Damien McCormack exchanged points soon after and then Donal Coady had a point to narrow the gap. In truth Mullinahone were struggling to make any inroads against an assured Killenaule backline bolstered by the ever dependable Declan Fanning.

Their attack was undoubtedly weakened by the absense of Eoin Kelly and USA-bound pair Sean Curran and Cahal Horan. However Micheal Dunne was lively throughout and pointed again in the 45h minute, before Eoin Fennelly landed a long range free, for a foul on Philip O’Shea.

Killenaule were still very much in command though and pulled further clear with three in a row from Tony Doyle, Damien McCormack and Michael Doyle. Eoin Fennelly had another long range effort for Mullinahone with time running out, before the Doyle brothers once again had points to enhance their escalating personal tallies. Finally a goal following some skillful improvisation by Dominic Blake wrapped up proceedings.

Killenaule were  full value for this victory, and with John O’Dwyer and Kieran Bergin to come back into the team  they will probably take their semi-final place as marginal favourites although Mullinahone will be hoping the return of Eoin Kelly, Paul Curran et al, will be sufficient to sway matters in their favour in a fortnight’s time.