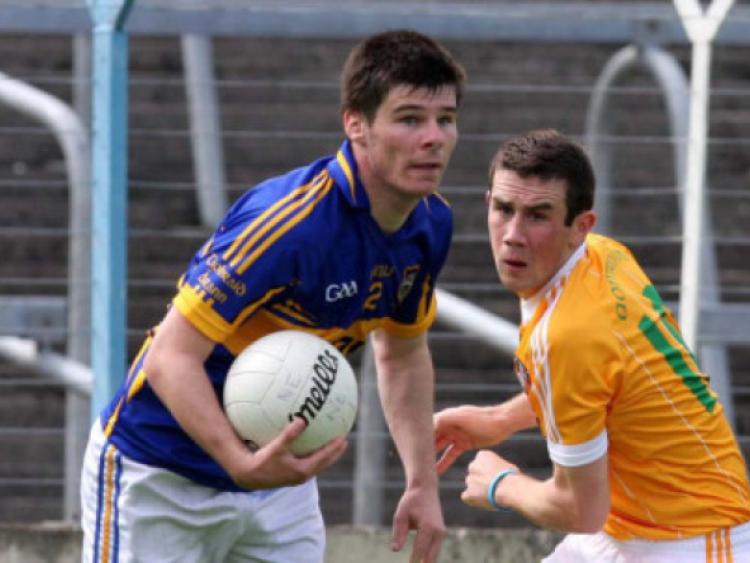 The outcome of two games in less than a week will determine if the remainder of the national football league campaign of the Tipperary footballers will become an exciting battle for promotion or a desperate struggle against relegation.

The outcome of two games in less than a week will determine if the remainder of the national football league campaign of the Tipperary footballers will become an exciting battle for promotion or a desperate struggle against relegation.

Tipperary travel to Fermanagh for a crucial fixture on Sunday and the following Saturday will host Clare in Semple Stadium.

The points dividend from those two games will give a much clearer picture of Tipperary’s standing in a very competitive Division Three of the league.

Their chances of promotion to Division Two would be greatly boosted by a victory over unbeaten table toppers Fermanagh on Sunday in Brewster Park when Tipperary will be hoping their long trip northwards will yield more dividends than their trip to Armagh a few weeks ago for their opening game.

On that occasion Tipperary put in an excellent performance only to be denied by late Armagh scores in time added on by the referee whose performance was criticised by Tipperary manager Peter Creedon.

It was a hugely disappointing reversal for Tipperary after working themselves into a winning position with a very strong team performance only to be denied something from the game in controversial circumstances.

Tipperary will approach this Fermanagh contest knowing that victory would open up the division and put them well in contention for promotion.

Following victories over Louth and Sligo, Fermanagh top the group along with Armagh on four points apiece while Tipperary, after a comprehensive victory over Limerick and defeat to Armagh, are one of four teams in joint third on two points apiece.

“It is another big game for us. Every game in this division is a big one but the game on Sunday is of huge importance to our league season” said selector Michael O’Loughlin.

He described Fermanagh as a team that had built up a serious momentum following a strong showing in the McKenna Cup and their unbeaten start to the league.

“They are in a good position at the moment. They are a different team to Armagh, they play a very defensive game and rely on the counter attack for scores. They are a very hard team to beat at the moment,” he said.

The Clonmel-based selector said the Tipperary panel was a very hard working unit and there was huge competition for places among the players who were all well aware of the importance of the match against Fermanagh.

Since the twelve point victory over Limerick two weeks ago at Semple Stadium, Tipperary had a quiet weekend with no challenge games organised.

“The seniors train with the under 21s and the games we play in training are very competitive so we decided not to arrange any match last weekend. A massive effort is being put in training and it’s the players that are on form are picked,” he said.

Tipperary will definitely be without Donagh Leahy who picked up a knee injury in training. The Arravale Rovers man has been very unlucky with injuries recently and his loss in the half back line after having such a storming game against Limerick, is a big blow for such a crucial encounter.

Also on the injury list is half forward Brian Fox whose groin injury means the Eire Og/Annacarty man will have to undergo a late fitness test to see if he is available to manager Peter Creedon for selection.

“We have two huge games coming up. In less than a week we have to take on Fermanagh and Clare and after that we should have a good idea if will be going for promotion or fighting relegation,” said O’Loughlin.

The Tipperary selector said the prospect of promotion was a realistic one for this group of players but it had to be matched by quality performances to deliver such a reward.

“Against Armagh we certainly delivered a very good performance but did not get the result which we deserved which is going to happen on some occasions. We need to deliver the performances we know we are capable of to be in the hunt for promotion,” said O’Loughlin.

Following the Fermanagh game Tipperary have only one away match to play in the division.

After the home game the following Saturday against Clare Tipperary have to travel to Louth before playing two home games against Sligo and Wexford to complete their Division Three fixture list.

“Thankfully after this weekend we will have our long distance fixtures behind us. Like Armagh, Fermanagh is another overnight fixture involving a long journey and after Sunday we will have three home matches and one away, a trip to Louth,” said O’Loughlin.