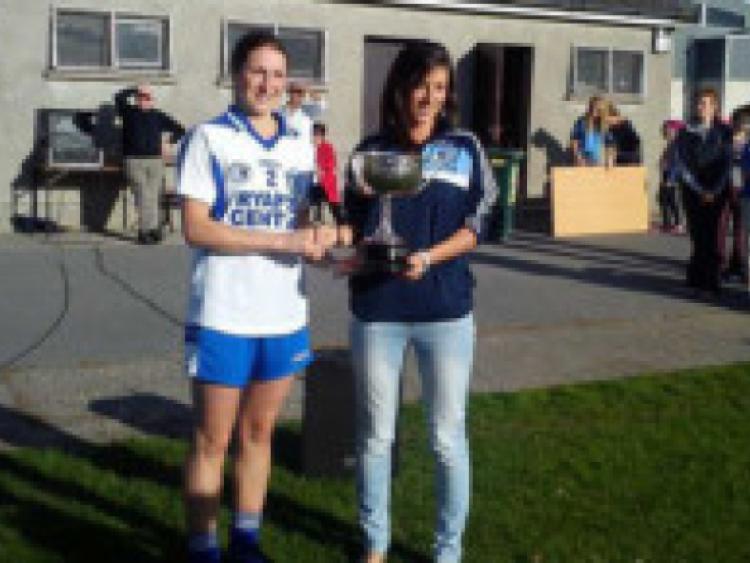 Aherlow proved too strong for Kerry champions Scartaglin in the Munster Club championship.

From the throw in on a beautiful sunny Sunday, this was a tightly fought and very intense encounter.

Eileen O’Connor for Scartaglin got the two opening points and then Edel Hanley pointed a free for Aherlow.  This was followed by a goal from Katie Crowe for the Tipperary side.

Scartaglin responded with two more points, one from play and one from a free.  Edel Hanley then scored a great point from just inside the 45.

Aine Staunton hit a long shot which was mishandled by the goalie and Katie Crowe was there to bury it in the back of the net leaving the score 2-2 to 0-4 half way through the first half.

Some good passing between Scartaglin’s Mary Herlihy and Margaret Fitzgerald resulted in an extra point, but coming into the interval Aherlow had stretched their lead to eight points including a goal from Maura Condon, and looked comfortable.

However Scartaglin resumed the attack and were rewarded with two quick goals making a half time score of Aherlow 3-7 Scartaglin 2-8 setting things up for a huge struggle in the second half.

The half opened with three early points, two for Aherlow and one from Scartaglin.  A long period of relentless Kerry pressure on the Aherlow backs followed which yielded Scartaglin 3 points and levelled the score with ten minutes to go.

Hanley topped a great performance by scoring a goal in the 26th minute leaving the Tipperary club five points ahead.

Scartaglin resumed their attack and threw everything forward in the closing stages.  They went for a goal from three frees, all of which were cleared by the hardworking Aherlow defence which was outstanding throughout.  Finally the pressure was relieved by the final whistle leaving Aherlow the winners by 4-11 to 2-12.

Aherlow will play the Limerick champions in the Munster semi final on October 5.