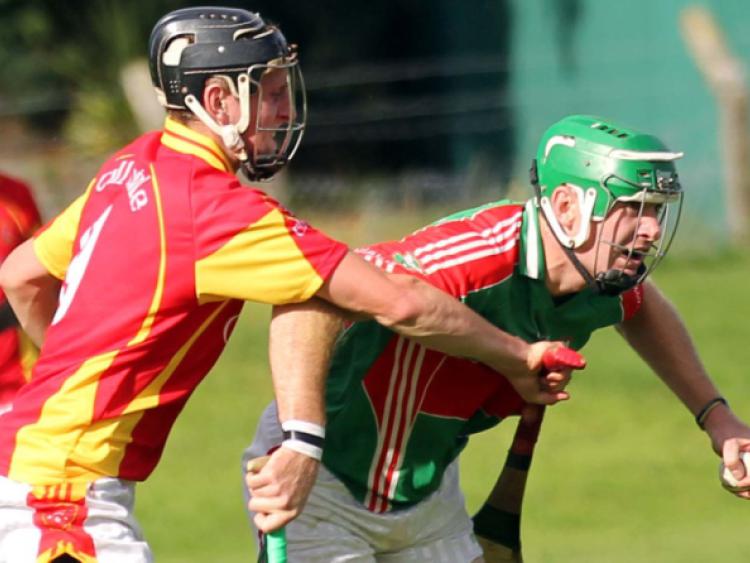 They got the better of favourite, Drom-Inch by a single point in a thrilling encounter to claim their place in the semi-final.

Eire Og played smart, precise hurling, their confidence boosted by Paddy Murphy’s third minute goal. Murphy was causing Drom a lot of problems, and at the far end of the field, the Nenagh defence, availing of an extra defender comfortably bottled up a non-performing Drom attack, with Johnny Brennan outstanding.

Johnny Ryan was doing most to keep Drom-Inch in touch but Eire Og, having forged a five point lead 1-5 to 0-3 by the 12th minute, maintained that advantage of the break, 1-8 to 0-6.

Drom brought Seamus Callanan outfield to get him into the game, and assigned Miceal Costello the task of policing Paddy Murphy, switches that improved their lot in the second quarter.

Five points adrift, Drom-Inch needed to lift their game in the second half but it was Nenagh who started the better, Mikey Hefernan and Kevin Tucker pointing inside five minutes.

Something special was needed to keep Drom in the game and Seamus Callanan provided it. First he pointed in the 46th minute, and two minutes later he fastened on to Paul Collins’ delivery to take his goal with great aplomb. A further point from him followed immediately to leave only one point in it with eleven minutes to play. Mikey Heffernan eased Nenagh nerves with a 57th minute point. Paddy Murphy added another two minutes later and as the game went into injury time Richie Flannery whipped over the insurance point, for a four point lead. A late David Butler goal failed to save Drom.