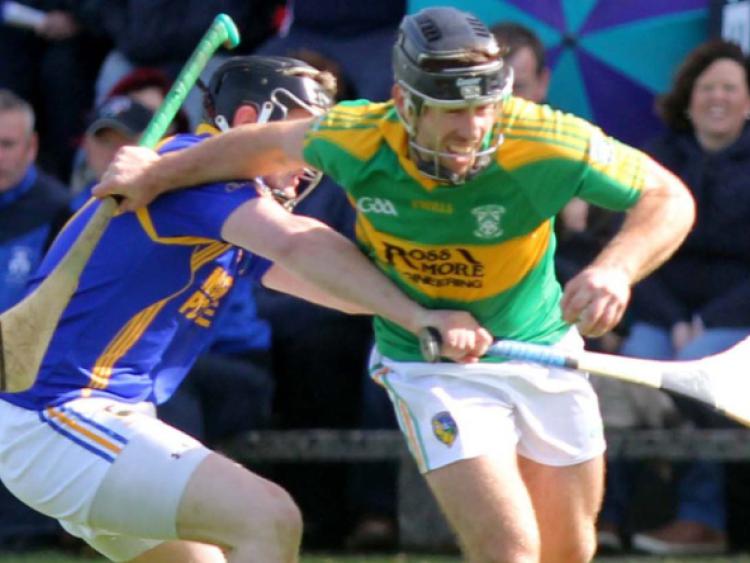 A draw was a fitting outcome to this Clean Ireland Recycling county senior hurling quarter-final at The Ragg on Sunday in which Clonoulty-Rossmore, a man short for the entire second half, snatched a replay with Kildangan courtesy of a Timmy Hammersley free as the game went into injury time.

Kildangan trailed by only five points at the interval having played into the fresh downfield breeze. Clonoulty had wingback James Heffernan red-carded just on half-time. It was hard to see a five points advantage being enough to sustain Clonoulty against the elements and a man down, but to their credit they turned in a gutsy second half performance, and while the equaliser came very late, it was surely deserved.

Apart from the dismissal of James Heffernan, biggest talking point for Clonoulty followers and management was their appalling finishing with eleven wides in the first half when wind aided and a further seven after the break.

Kildangan were lively and confident in an impressive opening that saw them go 0-4 to 0-1 clear after ten minutes but the West side hit back with a Sean O’Neill goal and five points without reply to lead 1-6 to 0-4 at the break.

After twelve minutes of the second half the sides had shared six points when Kildangan hit a purple patch. Led by Tadhg Gallager and with goalie Daragh Egan chipping in with a pointed free from over one hundred yards, they drew level with Jack Loughnane’s point in the 47th minute.

It seemed that Kildangan had to win now but Clonoulty dug deep. Timmy Hammersley and Ruairi Gleeson traded points before Gleeson nudged Kildangan ahead with two minutes of official time to play. John O’Neill was off target with a possible levelling chance for Clonoulty but when Fiachra O’Keeffe was fouled, Timmy Hammersley split the posts with the resulting free in the 59th minute to square the game. Willie Connors had an injury time chance for Kildangan but was off target.