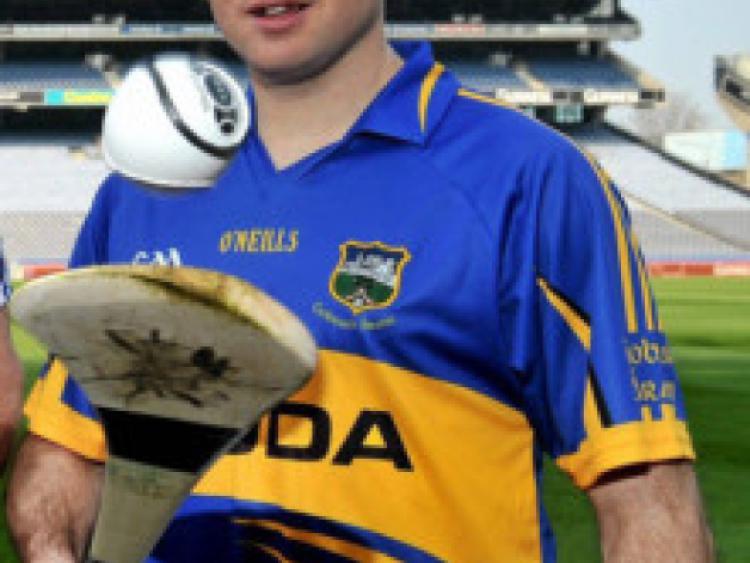 With arguably the two top teams in the division over the past few years locking horns in Saturday evening’s clash in Kilsheelan, it was no surprise that matters ended all square in what was effectively a shoot-out between free takers Danny O’Hanlon and Sean Curran. Mullinahone were undoubtedly intent on atoning for their defeat to Ballingarry seven days earlier, though handicapped by the absence of their inspirational leader Eoin Kelly, while 2010 champions Swans with memories of last year’s final defeat very much in their minds, were equally keen to get their campaign off to a wining start.

In the opening minute, Mullinahone raised the first white flag, when Cathal Horan had a sweet point off his left side, after collecting a clever pass from Alan Curran. Danny O’Hanlon responded for Swans a minute later with a free from distance. Then a typically incisive Paul Diffly solo run and point gave Carrick the lead on four minutes. Mullinahone drew level, then went ahead in the space of two minutes, courtesy of a pair of Sean Curran frees. O’Hanlon put Swans back on level terms with a free after Paul Diffly was hauled down in the eighth minute. It was becoming real tit for tat stuff, and Alan Curran restored Mulliahone’s lead soon after, when seizing a poor Tom Kennedy clearance to split the Carrick posts, but once again O’Hanlon was on hand to restore parity from another free for a foul on Kevin Lannigan. On 14 mins Edwin O’Meara had a great point for Mullinahone, catching, turning his man and firing over the bar to give the Kickhams men the lead once more. Not to be out done Swans’ Dwayne Fogarty popped up for another equaliser, pointing from way out on the sideline after a long Alan O’Sullivan clearance.

With no quarter asked or given, the games’s physicality stakes were raised considerably as the half wore on, and Mullinahone’s Sean Curran somehow emerged from a series of challenges to send an inspirational point over the bar, edging his team in front by the minimum. Moments later Carrick’s Kevin Lannigan, in an uncustomary centre forward role, escaped the shackles of Paul Curran and scored a great levelling point. With half time approaching Sean Curran and Danny O’Hanlon traded frees, but it was industrious Swan full-forward Anthony O’Donnell after holding onto Aaron Walsh delivery, whose point gave Carrick a one point interval lead.

Sean Curran continued his near flawless marksmanship after the restart with a huge free to lift the Mullinahone supporters and level proceedings yet again. Carrick’s Anthony O’Donnell, who was troubling AJ Cronin throughout, had a point in the 35th minute before Tom Kennedy saved brilliantly from Cathal Horan after a quick Sean Curran free a minute later. O’Hanlon scored probably his most difficult free of the hour on 41 minutes to put Swan ahead by two for the first time.

Swans, in putting daylight between the sides, seemed to spark Mullinahone into life having reversed the score line in the space of six minutes, scoring four points without reply to enjoy their best period of the game. Substitute Micheal Dunne was fouled after some clever play and Sean Curran duly despatched the resultant free. Two further Curran frees either side of a great Cathal Horan point from a very acute angle. Swans were finding it difficult to get scores at this point, with several opportunities going a begging.

However they were rewarded for their perseverance in the 51st minute when Gerry Walsh latched onto a Dwayne Fogarty pass to blast a low shot to the back of Alan Walsh’s net, giving Swan a one point lead. Having re-taken the lead Swan’s habit of conceding needless frees was still prevalent however, and Sean Curran punished them once more. A stalemate was looking on the cards with time running out. Then with two minutes to go the impressive Cathal Horan had his third point and Mullinahone were now looking the more likely. Swans in dire need of a score kept battling away and were awarded a free at the death in which O’Hanlon tied the game up. With supporters expecting the final whistle, Mullinahone were handed a chance to take the spoils after a foul on Donal Coady. Curran’s free resulted in an all too familiar outcome and surely now he had pointed Mullinahone to victory. From the puck out the ball broke and fell to Swan’s Gerry Walsh, who embarked on one last attack. After a long marauding run, his high angled shot sailed over the crossbar much to the relief of the Carrick faithful.