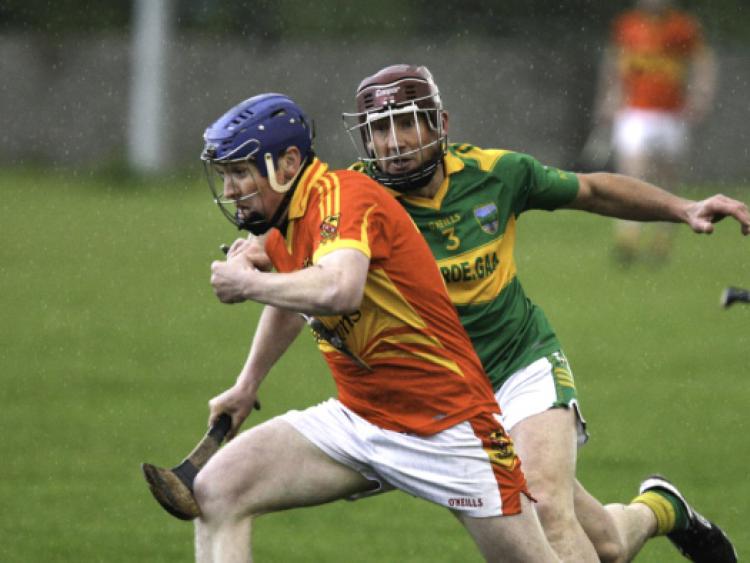 A rousing second half display from 14 man Moycarkey Borris provided victory over Portroe sending them through to the next round of the County Championship on Saturday evening last in Borrisoleigh.

Rory Ryan was shown a second yellow card four minutes after the interval, as Moycarkey trailed by two points and were seemingly fighting a steep uphill battle. However they raised their performance as a result and in the late stages Willie Dempsey assumed the role of super sub. Moments after his introduction from the bench and with only nine minutes left in the contest Dempsey collected possession on the right wing in space and soloed towards goal before pitting his wits against the keeper when 25 yards from the target. Darren Gleeson between the posts for Portroe was committed to diving to his right in his attempts to block the shot but a deflection off a defender left him stranded as the ball trickled in at his near post and Dempsey had scored an invaluable goal.