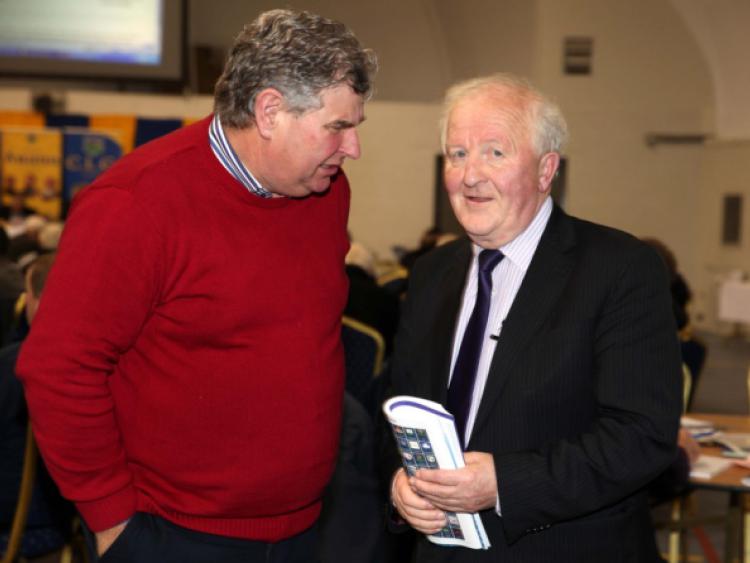 aving shown a deficit of approx €250,000 on its operations for the past two years delegates to this year’s Tipperary GAA convention in Thurles last week were informed by Treasurer Eamon Buckley (Lattin-Cullen) of a €52,000 profit for the year.

aving shown a deficit of approx €250,000 on its operations for the past two years delegates to this year’s Tipperary GAA convention in Thurles last week were informed by Treasurer Eamon Buckley (Lattin-Cullen) of a €52,000 profit for the year.

This exceptional success story stems from a combination of increased income from a number of sources and the introduction of cost-cutting measures by the board in a number of areas.

The treasurer said that the drop in county teams costs was due to county teams being less involved in the closing stages of the championships this year and also to car-pooling measures introduced for players attending training. He thanked the players for their co-operation in this regard and said that more can be done in the coming year. He added that the board still had a lot to do to meet its repayments to the Croke Park loan and also to raising the funds for the development of Morris Park.

Chairman Sean Nugent thanked everyone who had helped get the board’s finances back on track, adding that the board had a lot of commitments which it intended meeting on an ongoing basis.

“We made a major effort this year and have made major inroads into our difficulties. We are in a much better place than we have been in recent years,” he added.

A call from Moyle Rovers that no under-16 player be allowed on any inter-county minor panel was adopted by last week’s County GAA Convention.

The motion was put forward by the club delegate in the interests of player welfare and received support from County PRO Ger Ryan who said that the county should be able to field teams from those of seventeen and eighteen years of age. He noted that the motion applied to inter-county matters and said that this motion was in the long-term interests of underage players.

Joe Kennedy (Moyne-Templetuohy) said that the county had development squads at under-14, 15 and 16 level and that there should be no need to go back to under-16s for minors with so many players coming through. He hoped that if convention accepted the motion that it would be implemented at Tipperary level even if it was not passed by national congress.

Ger Fitzgerald (Inane Rovers) opposed the motion saying that the county had produced some great under-16 players and that it would be a backward step to debar them from playing at county minor level. “If it is introduced for inter-county level it should also apply at club level,” he added.

Michael Power (Newcastle) felt it would be going down the wrong road to put into black and white a decision not to use under-16s in the minor panels. The county had produced some exceptional players over the years and it would be foolish to deny them the opportunity to be part of the minor panel. He felt that the emphasis should be on looking at minor players being involved in adult competition as that was where serious damage was done in terms of burn-out. Munster Council representative PJ Maher supported the motion, saying that they had all known of great young players at juvenile level who were not playing games at 24 or 25 years of age because of the over-playing of young players.

Chairman Sean Nugent: “We are bringing players through our development squads, but when they come to eighteen we are going back to the fifteen and sixteen-year-olds”.

Nicholas Moroney (Youth Officer) suggested that the problems for young players arose from too much training rather than too many matches. Hugh McDonnell (Roscrea) thought that players were getting burn-out from too much gym work.

The motion was adopted and goes forward to national congress.

A Solohead motion asking that in any given year where a club has five or less registered players to play in a particular grade and/or code that those players be entitled to play with any other nominated club upon receiving County Board approval was accepted in a format amending the 2010 motion relating to minor and under-21 players.