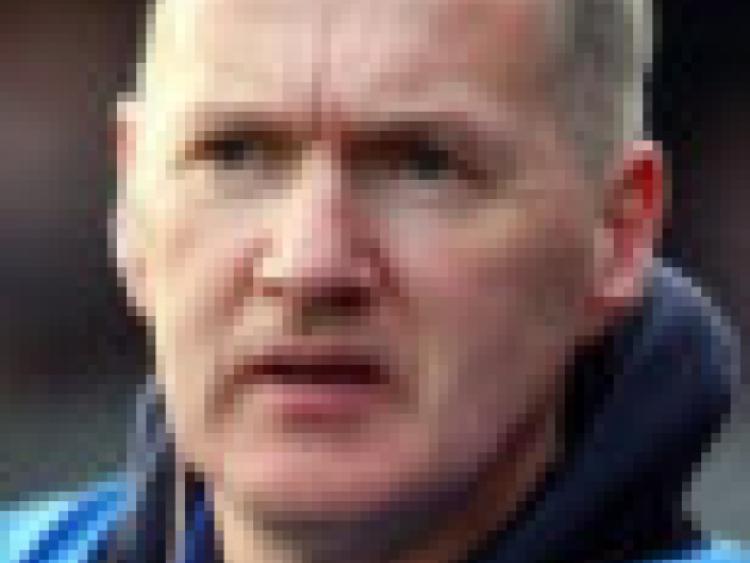 GREAT managers take advantage of defeats. These guys recognise the opportunity to diagnose structural problems within their teams and use a result to goad players into greater efforts. In Tipperary we suspect that we have a great manager on our hands in Eamon O’Shea. And, how his Tipperary team respond to losing Sunday’s National League final will tell a lot about Eamon O’Shea’s capacity to lead a team.

GREAT managers take advantage of defeats. These guys recognise the opportunity to diagnose structural problems within their teams and use a result to goad players into greater efforts. In Tipperary we suspect that we have a great manager on our hands in Eamon O’Shea. And, how his Tipperary team respond to losing Sunday’s National League final will tell a lot about Eamon O’Shea’s capacity to lead a team.

“Today gives me real hope that the team will have (the right) attitude,” explained an up-beat Eamon O’Shea to the Tipperary Star in the aftermath of Sunday’s three-point defeat.

“The team that beats us this year will have to work really hard to beat us. Really, that’s the most pleasing aspect of the day - anybody who beats us this year is going to have to earn it. With where we are at now in the development of the team I think that is good enough for me.”

The only national title Eamon O’Shea won as a player with the Tipperary senior team materialised with the 1978-79 league title. As a manager O’Shea has not won the league this time around, but he is happy, to an extent, with progress made.

“We were up and down a bit. There were poor performances and there were bits of games that we certainly would not be happy with, but you never know where you are until you get out and play an opposition like that. That’s the benefit of these games. They were very competitive today and I thought we were competitive and I was happy with that.

“I think the team really battled really hard. That’s a really good sign of a team. We are not at a level where we want to be and probably people were over-egging us a little bit following the semi-final and the last game in the league. I didn’t think we were there to be honest with you when there was a view that we were. But I am really happy with the nature of the competitiveness of the players. They gave absolutely everything in both halves. I think we really battled and I’m really proud of them.”

Tipperary began with the wind at their backs, but trailed 1-2 to no-score after just three minutes. Tipperary won the remainder of the opening half 0-11 to 1-5, but, ultimately, a stuttering start cost the Premier dearly.

“You are surprised at that because you really do want to start quickly,” Eamon O’Shea revealed.

“Sometimes these things happen, but the most important thing is that you recover and you don’t allow the game to go away from you. I think a really pleasing aspect to this team was the way they battled. We are not at a level (that we want to be at) in terms of fitness or in terms of ball work. The last couple of weeks we have had club games every Sunday and I am sure they (Kilkenny) have had as well. That can sometimes take the edge off, but we felt we would be competitive today. And, we were competitive right to the end. I think the better team won, certainly. There is no ambiguity: the better team won the game. But from our point of view we were really happy with their attitude.

“For one reason or another today we were slow out of the blocks and because of the early goals we were clawing it back all the time. But I am exceptionally proud of them and of the way that they did stick in the game and stayed in there right until the end. We could have sneaked it, but from my point of view Kilkenny were better than us today. There is no doubt about it,” Eamon O’Shea added.

Prior to Sunday’s encounter Tipperary had notched fourteen league goals, but at Nowlan Park only managed to create a single goal chance which was spurned by Patrick Maher in the 29th minute. Eamon O’Shea, however, was eager to place Tipperary’s league goal-scoring exploits in context.

“I think we got one goal chance. To be honest with you some of the goals that we were getting were from accidents,” Eamon O’Shea revealed.

“There is a lot of work that we have to do yet. These (goals) come from the movement of the ball and the movement of the players. We are not at the level where the ball is moving as quick or the movement of the players is as quick as we want. Again the goals we had scored were probably exaggerated in terms of where the team were at. I certainly would not have gone into today’s game thinking that we were going to score a lot of goals against an opposition like that. There is no easy way to score goals. I wish there were, but there are no easy ways. You have to earn them.”

Kilkenny’s hard-work in defence was a major factor on Sunday. Although nominally named as a forward Noel McGrath played as a third midfielder meaning that the Tipperary’s remaining attackers only managed two points from play. Indeed, all five were substituted. However, a lot of Tipperary’s play, especially in the first half, was punctuated with long, and high, deliveries which didn’t suit the men upfront.

“It is quite difficult to play a measured game and the measured game you want with the pressure that you are under,” Eamon O’Shea said.

“So, some of that was just seeing what would happen. We did change it around and the team did change it around. We did try to play a little bit more on controlled ball during the second half. I think we got back to the way that we want to play. A game plan in hurling - you have got to be really careful with game plans in hurling. The game moves so fast and the opposition are so strong and so competitive that you really have just got to play it as you see sometimes.”

Killenaule’s Kieran Bergin made his debut for the Tipperary senior team and despite a nervous start grew into the game in more than impressive terms. Indeed, Bergin’s performance caught Eamon O’Shea’s eye.

“I think he was very good,” O’Shea enthused.

“I think that in fairness to him in the first five or ten minutes he was under severe pressure and then he settled down and got into the game. And, you could say that about a number of our players. Even though they were not playing well they stayed wanting to win the game. That, I would say, is a great sign of a team in terms of what we are trying to do here.

“We are not at a level where we want to be yet, at all,” Eamon O’Shea revealed.

“We will be trying really hard to get there and we have a big game (against Limerick) coming up. We have a lot of ball work to do and a lot of speed work to do. This was a brilliant game to have. To me it looked like a high grade game between two teams with one playing slightly better than the other and the other one trying to stay in the game. That was us and I think we did. If you ask me if I am happy or unhappy I would say that I’m not sure. It was a very good battle. It reminded me of some of the rugby games between two really good teams. I think our guys did fantastic to stay in that game. As I said I think the better team won the game.”

“I have to be honest, I didn’t see it,” Eamon O’Shea revealed.

“The two players were grappling on the ground and I couldn’t see what happened. In that situation sometimes the referee sends players off and sometimes he doesn’t. But I would have absolutely no problem with the referee there today. I think the referee did a fine job. For me he had a fine game. You won’t find me having any problem with referees.”

Kilkenny selector Michael Dempsey explained after the game that the Cats were delighted to have coped with the Tipperary goal threat so admirably.

“They’ve made no secret of the fact that their play is designed to create goal chances and take them so we are happy that our defence stood up well today and cut them out,” Michael Dempsey said.

“We go out to win every match we play in, but obviously there was a bit of added pressure with Brian (Cody) not being around, playing in Nowlan Park, playing Tipperary and playing in the league final. So, it was great to win such a tight game,” Dempsey added.

“There was an absolutely fantastic atmosphere and everyone who came here got value for money.”