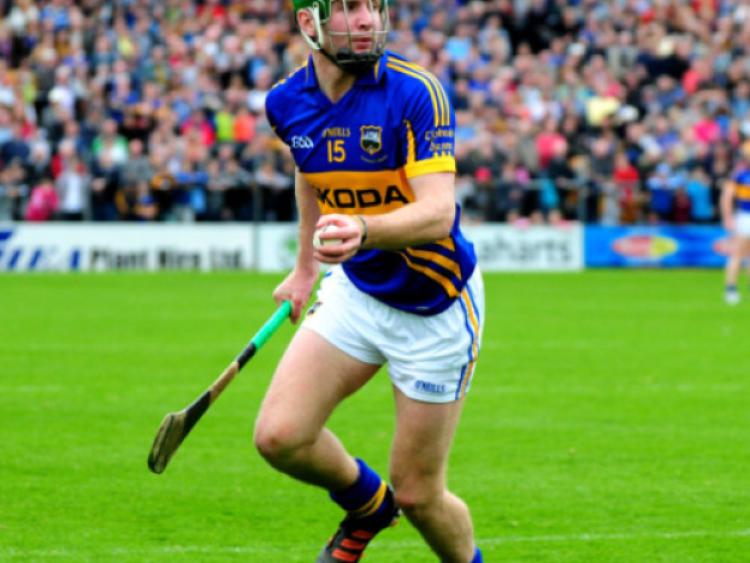 FOLLOWING Sunday’s dramatic National League final at a heaving Nowlan Park in Kilkenny Borris-Ileigh’s Brendan Maher barely had time to take a breath before the Premier vice-captain was asked where the result ranked in story of the modern rivalry between Tipperary and Kilkenny.

FOLLOWING Sunday’s dramatic National League final at a heaving Nowlan Park in Kilkenny Borris-Ileigh’s Brendan Maher barely had time to take a breath before the Premier vice-captain was asked where the result ranked in story of the modern rivalry between Tipperary and Kilkenny.

“I’m just feeling the disappointment that we didn’t win. You don’t get the time to think about the rivalry and so on,” Brendan Maher explained.

“We’re disappointed that we didn’t get the win there today. Obviously, and as I said during the week, it was a massive challenge to come down here. We had a poor start and the two goals really proved to be the difference in the end. We will have to take the positives from the game and build on them, but there were negatives there as well and we need to work on them. We have a number of weeks now to prepare for Limerick.”

With Tipperary’s attention firmly focused on the trip to Páirc na nGael in Limerick on Sunday, June 9th Maher felt that Eamon O’Shea’s men needed a physical test to feature in their preparations.

“In the last two outings we were not really tested in the way that we wanted to be, but it was a ferocious battle out there today,” Brendan Maher, who scored four points from play, told the Tipperary Star.

“We were happy with the way that we battled, but, obviously, there were negatives there and we didn’t create those goal chances and we didn’t push on when we got to within two points or even a point of them. We just didn’t get over the line, but, look, we just have to try to take the positives out of it and build on them. It’s just about moving forward now, getting onto the field on Tuesday night and working hard.”

Prior to Sunday’s league decider Tipperary had notched fourteen goals in six games, but against Kilkenny the opportunities dried up. And, the fact that Tipperary only managed to create one goal-scoring opportunity of note, which Patrick Maher spurned in the 29th minute, was something which concerned Brendan Maher.

“And, whatever about scoring them I think you need to be creating the chances. I think we had maybe just the two chances today in the whole game which is not good enough. We will have to work on that on the training field over the next few weeks,” the Borris-Ileigh star added.

Following his dismissal on Sunday Lar Corbett will be suspended for the clash with Limerick, but Brendan Maher argues that there are plenty of candidates on the Tipperary panel eager to take the place of the Thurles Sarsfields man.

“Yeah, obviously Lar will be a huge loss, but you have seen the way Eamon (O’Shea) is picking the team. The fifteen form players will get the start and there are going to be five changes in every game,” Brendan Maher explained.

“There are other lads there now who are chomping at the bit to get to play. Obviously it is going to be disappointing for Lar. We will see how the appeal goes. I didn’t see the incident myself, but there is going to be fifteen lads going out in a Tipp jersey on the ninth of June and we’re confident that they are all good enough to be on the field.”