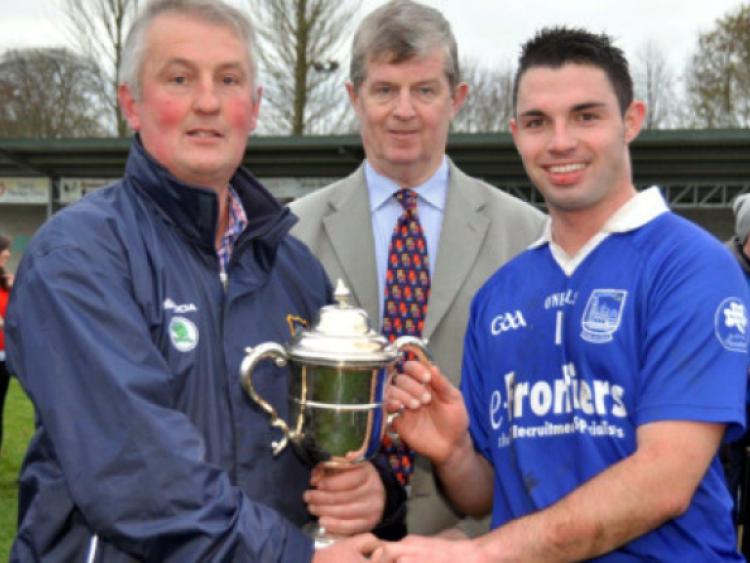 Indeed, during the remainder of this Mid Tipperary under-21A hurling final Thurles out-scored their rivals 1-7 to two points.

Aidan McCormack (free) presented Thurles with an initial lead before Pádraig Egan worked hard to retrieve a Liam Treacy effort which was tailing wide and Liam McGrath belted in a goal from close range.

Aidan McCormack and Liam McGrath (free) then traded points before Thurles hit 1-4 without reply to lead 1-6 to 1-1 by the 18th minute.

Conor Lanigan and Aidan McCormack (three) helped themselves to the points while Lanigan conjured a wonderful pass off his knees to send McCormack through on goal in the 13th minute - McCormack finished neatly.

Loughmore-Castleiney, however, hit back with a Liam McGrath point before a McGrath free in the 20th minute dropped short, the Thurles defence failed to deal with a reasonably simple situation and Richie Maher handed his side a second three-pointer - 2-2 to 1-6.

Points from Conor Lanigan, Michael O’Brien and Aidan McCormack (two) forced Thurles Sarsfields back into a five-point lead before efforts from John McGrath (free), John Meagher (free) and Liam Treacy left just two between them (2-5 to 1-10) in the 28th minute.

An Aidan McCormack free opened a three-point interval gap (1-11 to 2-5), but Thurles Sarsfields must have been wondering during the half-time break how Loughmore-Castleiney were still within striking distance.

A John McGrath point five minutes into the second half reduced the margin to two, but Thurles Sarsfields responded with consecutive long-range efforts from David Corbett and Stephen Cahill.

Loughmore-Castleiney hit back thanks to a John McGrath effort (2-7 to 1-13) before Thurles Sarsfields fired four unanswered points.

Stephen Cahill, with a superb left-handed effort from long-range, set the tone with Billy McCarthy and Aidan McCormack (two) also adding to the tally.

The game-clinching score materialised in the 52nd minute when a determined Pa Phelan booted home a three-pointer to hand his side a 2-17 to 2-7 lead.

A John McGrath free brought the scoring to a conclusion for a Loughmore-Castleiney side who chased goals for the remainder of the game while Kevin Dunne got his name on the Thurles score sheet in the 54th minute.

The final ten minutes featured a number of Loughmore-Castleiney assaults on the Thurles Sarsfields goal. John Meagher was thrown into the full-forward line while John McGrath and Liam McGrath all tried their luck from the 21-yard line.

The Thurles Sarsfields defence, however, refused to concede a third goal. Indeed, it was invigorating to see the Thurles defence, despite leading by ten points, take such pride in their work.

Should Thurles Sarsfields and north champions Kilruane MacDonagh’s meet in the county final that would represent a contest worth attending for all supporters of hurling in Tipperary.