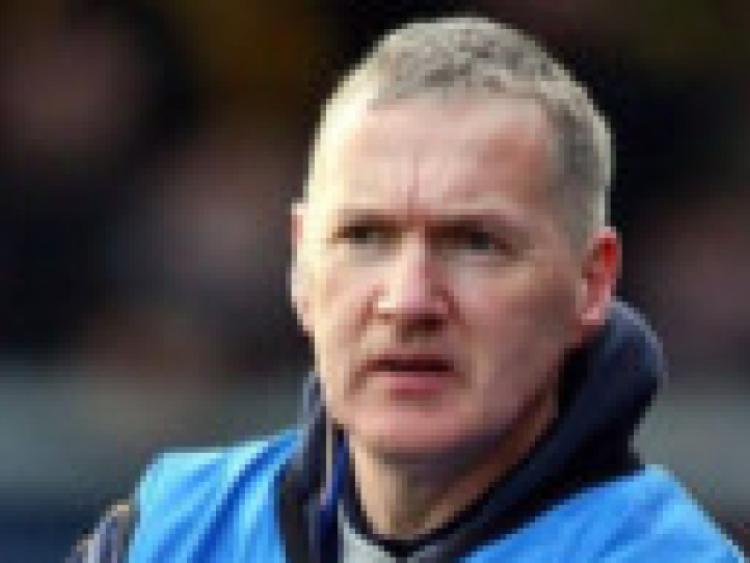 THE Kilkenny County Board could have been forgiven for assuming that their only hope of packing out Nowlan Park in 2013 rested with a Bruce Springsteen concert in July. However Eamon O’Shea’s rejuvenated Tipperary team, thanks to a series of impressive displays, booked their place in the league final and duly presented the hurling public with a novel decider in the Cats’ lair.

THE Kilkenny County Board could have been forgiven for assuming that their only hope of packing out Nowlan Park in 2013 rested with a Bruce Springsteen concert in July. However Eamon O’Shea’s rejuvenated Tipperary team, thanks to a series of impressive displays, booked their place in the league final and duly presented the hurling public with a novel decider in the Cats’ lair.

A full house (23,000) is expected at next Sunday’s final in Nowlan Park and you would suspect that if Tipperary are to collect a 20th National Hurling League title the Premier will have to be at their very best. Indeed, Tipperary manager Eamon O’Shea has this week called on supporters of the blue and gold to roll up their sleeves and make the journey to Kilkenny to support this terrific bunch of hurlers.

“It’s fantastic to have the game down there,” Eamon O’Shea told the Tipperary Star.

“The atmosphere should be really good and I am really hoping that Tipperary people will come down to the game. It would really be a huge boost for us and it would be a huge boost for the players to have a good, strong Tipp contingent down there. So, I am really looking forward to seeing that in Kilkenny,” the Kilruane MacDonagh’s man said.

“Everybody is looking forward to the game. I am just hoping that we can get a good crowd from Tipp at the game. That would be really important for the development of this team. Even though this team has been in three All-Ireland finals this team is evolving into a new team as well. So, we really need that support,” Eamon O’Shea added.

THE BEST THERE IS

Tipperary stumbled against Cork (1-11 to 0-26) in the opening round of the National Hurling League, but thereafter recorded wins over Galway (4-22 to 1-20), Clare (3-19 to 1-14) and Dublin (4-20 to 0-17). Eamon O’Shea’s men lost to Waterford (0-16 to 1-14), but during that series of games the Premier also registered a rousing 2-17 to 1-19 win over Kilkenny. O’Shea, however, knows that playing Kilkenny at the business end of a competition like the National Hurling League represents a much more serious proposition.

“There is no doubt about it, but we are playing the very best there is in our sport and that’s a really important thing to be doing,” Eamon O’Shea explained.

“It’s very important for Tipperary to be still involved at this stage of the league and that is all you can ask for, but it is really good to be playing the top team.”

Obviously, Eamon O’Shea admires Kilkenny for the relentless standard the Cats have set since Brian Cody was first appointed manager in October 1998: “absolutely. They are the top team and there is no point in trying to dress it up.

“Kilkenny have been at the top for a number of years and in the context of modern hurling they are the best. I think that they are the standard and that’s why we measure ourselves against them. We hope that we can get to that level and surpass it. We are not there at the moment. That’s the reality of where we are,” Eamon O’Shea said.

“I think what they bring to every game is a consistency in performance. They seem to be able to play at a high level in every game and it takes an incredibly good team to do that. You take the amount of times that they have won the league and the championship over the last number of years - I think they really have been incredible. That’s not easy done now.”

FOCUS IS ON LIMERICK

Throughout the 2013 National League campaign Eamon O’Shea has consistently emphasised the fact that Tipperary will use the league as a means of developing a team to face Limerick at Páirc na nGael on Sunday, June 9th. Even now, with a national final just days away, O’Shea has not wavered from that key message.

“Obviously it is a final and you would like to win it, but at the same time the championship is probably the main focus,” Eamon O’Shea told the Tipperary Star.

“The main focus was always on the championship. When you play with Tipp and when you manage Tipp you always want to win games, but at the same time it would be the case that the primary focus would be on the Limerick game and it still is.”

Irrespective of the structure Eamon O’Shea has placed on the preparation of his team for the clash with Limerick the Tipperary manager will still be looking for a performance from his players on Sunday.

“We have such a competitive group, in terms of the players and in terms of the squad that we have. They are always anxious to perform and we are always anxious that they perform as well. So, it will be no different on Sunday. We will be looking to see how good we can be and whether that is good enough to win or not you can never really know, but we will certainly be anxious to be as good as we can be on the day,” Eamon O’Shea, who obviously admires the ambition of his players, said.

Twenty-nine players featured during the campaign with seven players (Brendan Maher, Conor O’Brien, Noel McGrath, Shane Bourke, Séamus Callanan, Michael Cahill and the rejuvenated Lar Corbett) featuring in all six games. But perhaps the most pleasing aspect of the campaign so far has been Eamon O’Shea’s careful handling of younger players like John O’Dwyer, Tomás Hamill and Jason Forde.

“We had a very steep learning curve. In the first game (against Cork) we didn’t play well at all and we had to recover from that,” Eamon O’Shea explained.

“I think that we learned very quickly that when you are not at a certain level that you can get beaten and beaten very badly. That was a big lesson for us early on. We did manage then to beat Kilkenny. We came away from that and beat Galway, but we learned from the defeat against Waterford as well when we had a poor first half. We learned that we had to keep at the game and to keep working really hard. You have to keep working hard at all times.

“Then we had a very significant game where we had to beat Clare really to maybe avoid being in a relegation final. We did that under a bit of pressure so we learned a lot. We played well at times, we played poorly at other times and I think if we can learn from both of those we will become a better team,” Eamon O’Shea added.