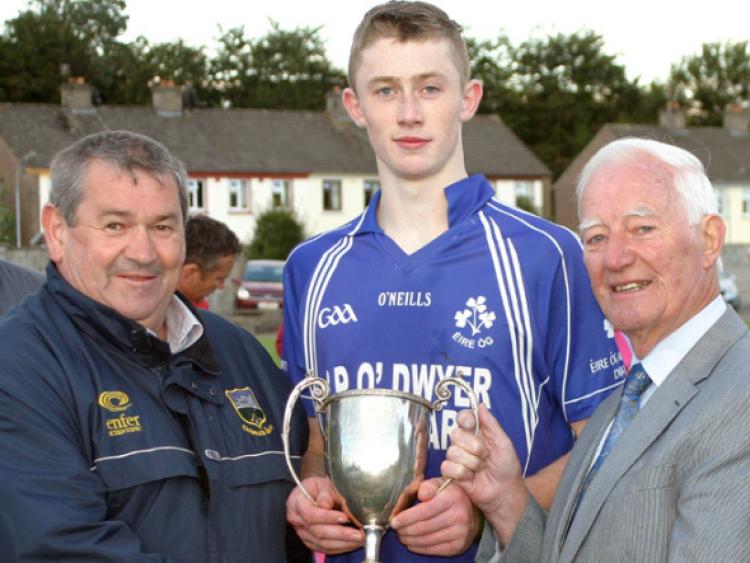 Eire Óg/Galtee Rovers are Dundrum House Hotel West minor A hurling champions, beatingGolden-Kilfeacle 6-11 to 4-11 in the final at Dundrum on Friday night.

Eire Óg/Galtee Rovers are Dundrum House Hotel West minor A hurling champions, beatingGolden-Kilfeacle 6-11 to 4-11 in the final at Dundrum on Friday night.

Golden-Kilfeacle seemed to be coasting as they led by 1-7 to 0-5 after eighteen minutes. Josh Keane was lording it at centreforward and he was dangerous every time he got possession.

Eire Óg/Galtee moved back Tom Fox to centreback and he had an immediate effect in curtailing Keane’s influence. Around the same time David Finnane got the first of two goals for the combination and Golden-Kifeacle were on the back foot.

They did get a goal just before time by James Casey and this ensured that they led by the minimum, 2-9 to 2-8 at the interval.

Eire Óg/Galtee streaked ahead with 1-2 on the resumption, Finnane hitting his third goal in the third minute, but Golden responded when Ger Barlow barged through for a morale-raising major in the twelfth minute. Evan Heffernan responded with a like almost immediately and Daragh Egan got another. But Golden were not lying down. Keane had a penalty stopped but from a later free a goal was scored by Dale Collins and was followed up by a free from Keane to leave only a goal between the sides and still some minutes left in the game.

However, the final body blow to Golden was a sideline cut from Sean Daly, which went all the way to the Golden net in the 32nd minute to give Eire Óg/Galtee the win