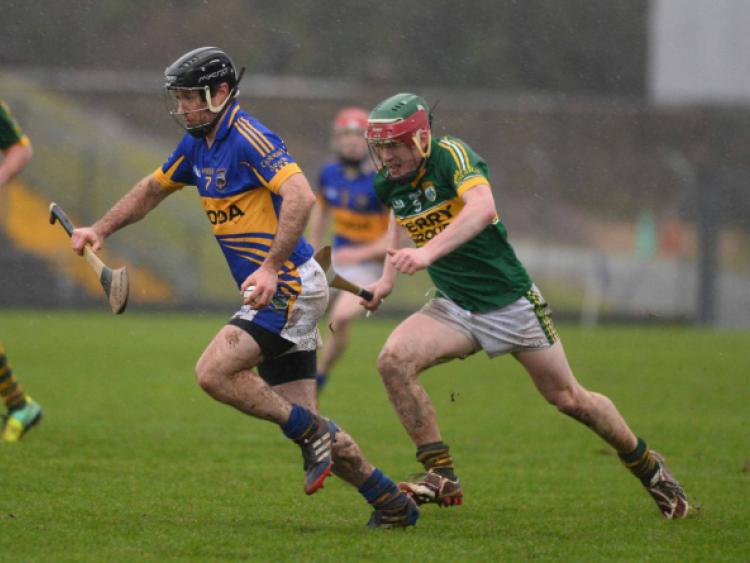 Any hopes Tipperary had of advancing to the knockout stages of the Hastings Cup were well and truly dashed on Saturday afternoon in Dr. Morris Pk by a very polished Meath outfit.

Any hopes Tipperary had of advancing to the knockout stages of the Hastings Cup were well and truly dashed on Saturday afternoon in Dr. Morris Pk by a very polished Meath outfit.

With both teams having come through the two previous rounds unbeaten, this had all the makings of being a cracking game and while we saw plenty of passages of good football, the signs were ominous for Tipp as early as the tenth minute with Meath racing into a three point lead which they never relinquished.

Producing an attacking brand of free flowing football they never allowed Tipp make the impact needed to upset their plans and within twenty seconds of the throw in the visitors had broken away to register the first score as wing forward James McEntee, who proved a real handful for the Tipp defence, was on hand to finish off a slick passing movement with the first of five points over the hour.

Two pointed frees by John McGrath kept Tipp within touching distance but with the Meath midfield partnership of Chris Brogan and Adam Flanagan, coupled with a rock solid half back line holding all the aces, this made the possession pay off with two pointed frees by Joey Wallace and two from play by James McEntee ensuring Tipp would have a job on their hands to get any foothold in the game.

Another Wallace point widened the gap to four but with Tipp generating more possession as the first half wore on, the introduction of Mikey Quinlivan paid off with a point to bring the first half to a close and a very manageable three point deficit with Meath ahead, 0-6 to 0-3.

The second half saw Tipp break first from the throw in with the ball making its way to Quinlivan within yards of the posts but with the ball knocked from his grasp the chance was gone and Meath went on to reel off three points from James McEntee, Joey Wallace and Niall Shortall stretching the lead to six points.

John McGrath again pointed with a well taken free but with the Tipp backs having to soak up continuous pressure and the game approaching the last fifteen minutes, James McEntee, Niall Shortall and Stephen Coogan all pointed for an eight point Meath advantage.

Tipp upped the ante in the last twelve minutes and managing to get past the Meath rearguard were well rewarded for their efforts with superb points by Bill Maher and Jason Lonergan while corner forward Fr Sheehys’ Sean Flynn chipped in with two points including a free to bring Tipp’s final tally to eight points.

A point apiece in the closing six minutes by Bobby O’Brien and Joey Wallace completed the Meath scoring and kept their unbeaten run intact and booked their place in the Hastings Cup semi finals.

With just six points separating them at the finish, Tipp may rue some missed early scoring opportunities which could have made a difference but they can take plenty of positives from the game given the number of players out through injury and unavailable through dual player status.

Helped by two well committed teams the game itself was incident free and devoid of cards of any colour and was well handled by Emly’s Paddy Russell.

Meath now progress to join Cavan, Roscommon and Westmeath in the semi finals but all is not lost for Tipperary who will have an opportunity to get back on the winning trail this Saturday, January 25, in the Hastings Shield Final against Mayo at a Longford venue.