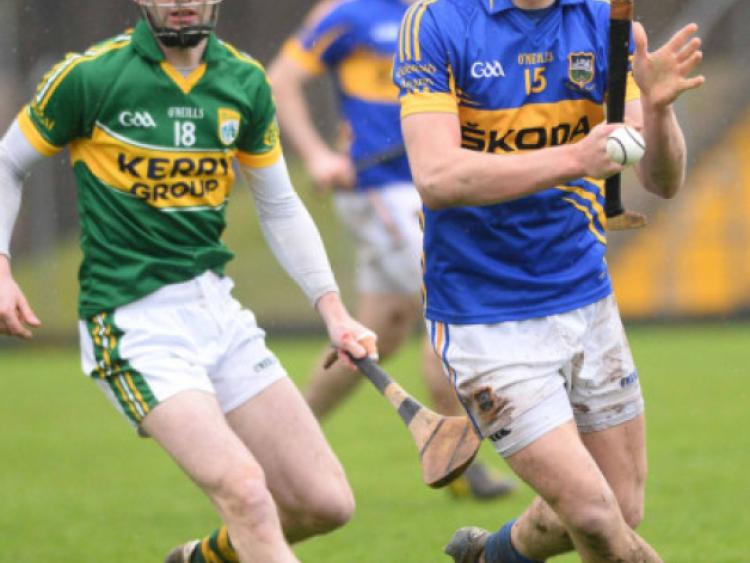 Tipp withstood a battling Kerry display and terrible weather conditions to score a flattering 14-point victory against the hosts at Austin Stack Park.

“Delighted to come out of here with a win.

It’s what we came down to do.

“We came down to get through to the next round, as simple as that.

“I thought Kerry were very game. I thought they played a very good gameplan in the first half.

“The scoreline was not flattering in the least but our boys finished very strong. We were delighted to be able to use the bench – it really carried us out.”

Ryan also hailed the impact of Eoin Kelly, who scored 1-8, and a return to form for 2013 captain Shane McGrath.

Ryan said: “It’s absolutely great to have him (Kelly) back.

“Those were very difficult conditions on both sets of players – it was very heavy ground to be trying to play hurling in.

“But I thought it was a very competitive game. It was as entertaining as you’ll get. The challenges were honest and if you didn’t want to be there, you’d have known every quickly. But we’re very happy with the effort of the guys.

“What you are looking for is effort, commitment, desire.

“And I think we saw that out there today. That’s the big thing we’ll go home with this evening. A good attitude from our boys and we’ll move on.”

Ryan added: “It’s great to have him (McGrath) back and it looks like he’s really found a niche there for himself at 5, re-energised and reminding us about the old Shane McGrath, that had so much passion and leadership for Tipp. We’re delighted to see Shane back and it looks as though that little break from the pre-Christmas that we were immersed in has done him a lot of good.”