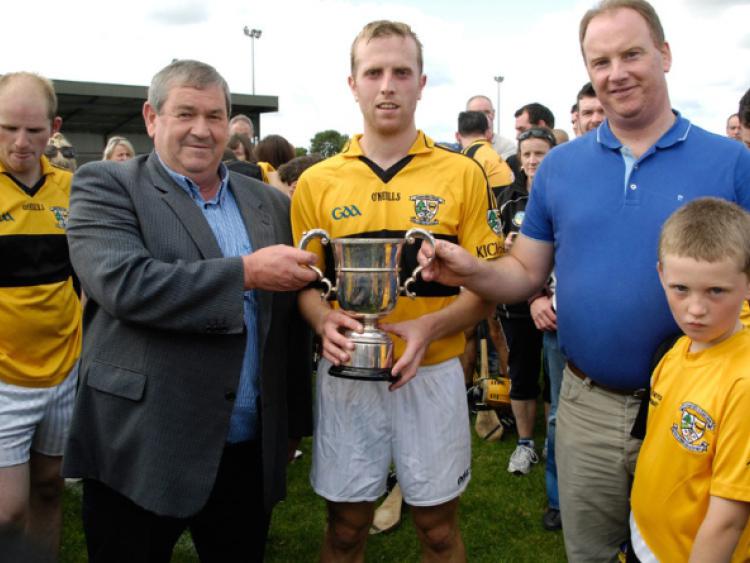 A final five minutes surge from Kickhams gave them victory over Emly in a high-scoring Gleeson Concrete West JHC ‘A’ final at Golden.

A final five minutes surge from Kickhams gave them victory over Emly in a high-scoring Gleeson Concrete West JHC ‘A’ final at Golden.

Pat Buckley opened Emly’s account with a point and Dan Breen and Adrian Dawson swopped points. Killian Loughman pointed Kickhams further ahead before Emly struck for their first goal from Robert McEniry to make 1-2 to 0-5. Shane Morrissey and Pat Buckley swapped points. Brendan Ryan pointed twice for Kickhams before Pat Buckley scored the first of his three goals. At half time it 3-5 to 0-11 with Buckley goaling again.

Shane Morrissey reduced the deficit with a point but Adrian Dawson converted two frees to leave Emly ahead 3-7 to 0-12. Two points from Brendan Ryan and one from Killian Loughman left the minimum between the sides. Robert McEniry and Adrian Dawson restored Emly’s three point lead. Following an exchange of points the sides were level again before Buckley completed his hat trick. A Brendan Ryan levelled again and this heralded the Kickhams push for victory and over the final six minutes they went ahead with six unanswered points. A late Dekkie McEniry goal didn’t alter the result.