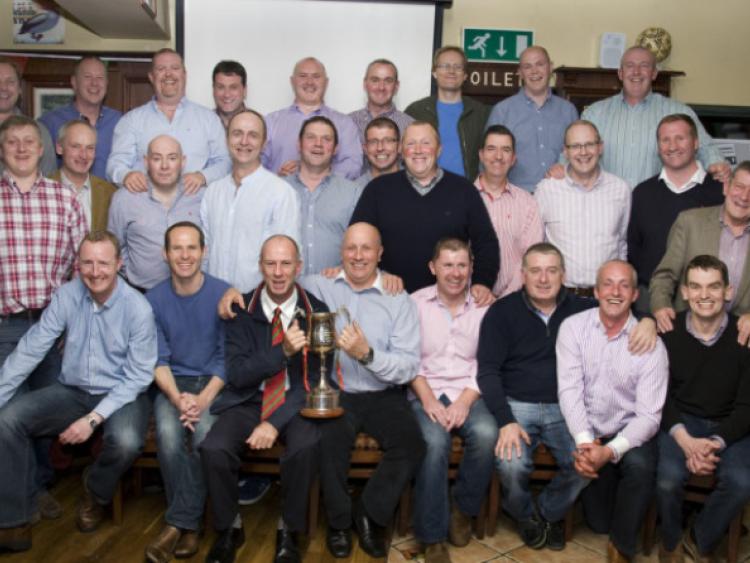 On Friday night last in Brosnan’s Lower Gate the club held a reunion for the successful County Minor A Hurling Championship winning teams from 1988/89.

On Friday night last in Brosnan’s Lower Gate the club held a reunion for the successful County Minor A Hurling Championship winning teams from 1988/89.

A lot of planning and time went into the organising of the event which proved a memorable night for the large attendance. Stories from a quarter of a century were rekindled and games won along the way were relived as videos of both finals were played on the big screen throughout the night.

The majority of the players from both years attended as did their mentors along with chairpersons, secretary and committee members of the day. The winning Captains, Brendan Murphy 1988 and Sean Barron 1989 relived the many great games during that period culminating in unforgettable victories over Roscrea and Nenagh respectively in the finals. A presentation of a fantastic booklet prepared by Seamus King, full of team and action photos from various games and player inputs was presented to each of the players and selectors which was a nice token of appreciation. A special thanks to Michael Brosnan for the hosting the night,and for the fine spread provided.

While the club of late has been starved of success, what those two panels of players from 25 years ago achieved was bourne out of hard work and total dedication. Success to the people of Cashel means so much. It lifts spirits and knits a community so we thank those players for doing just that.