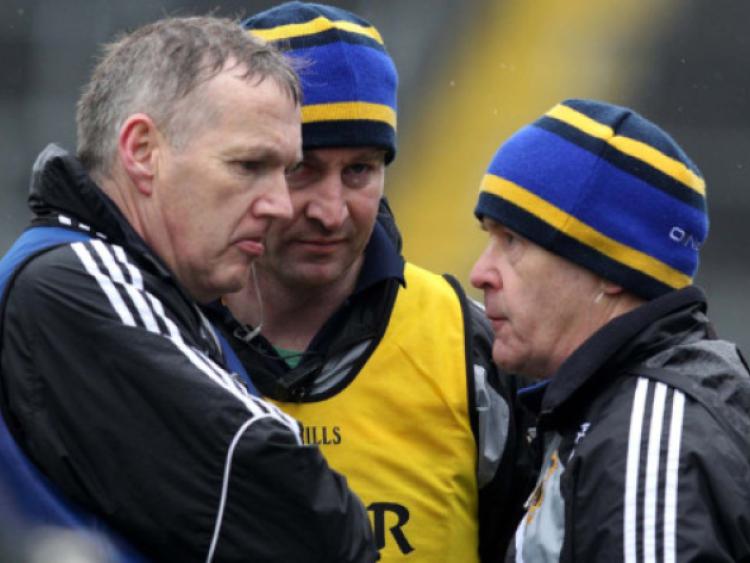 Despite travelling to GAA headquarters to face Anthony Daly’s men Limerick strode to a 1-21 to 1-15 league win. The significance of the result was not lost on Eamon O’Shea. Indeed, the Kilruane man referenced Limerick’s six-point win several times in discussion with the press corps in the wake of Tipperary’s National Hurling League win over Galway in Salthill on Monday afternoon.

“He got some nice points. We have a competitive squad and you hope all the time that they are competitive on the pitch,” Eamon O’Shea said as he reflected on the performance of man of the match John O’Dwyer (1-6).

“I wouldn’t get carried away about winning or losing. I really wouldn’t. The most important game from our point of view at the weekend happened in Croke Park on Saturday night. Limerick looked really good. My focus is on three months’ time.”

Although Tipperary thundered into an impressive interval lead Anthony Cunningham’s Galway mounted a significant challenge early in the second half at Pearse Stadium. A challenge Tipperary withstood in some style.

“I think it was impressive from us in that Galway came back at us a few times and we managed to weather the storm,” Eamon O’Shea said.

“Galway are a very good team, a really good team. It was competitive. They came at us. You know a break of the ball either way and it could have gone the other way, but it’s nice to be improving. I think we improved a little bit today. As I said to you before what we hope to do is to become a good team. And, we’re not a good team yet,” Eamon O’Shea added.

When asked whether he felt there had been an over-reaction to the defeat suffered at the hands of Cork in the opening round of the league O’Shea was unequivocal.

“I don’t know what happens outside of the camp. I take it game by game,” he said.

O’Shea also reiterated a point that his focus is on becoming a ‘better team’.

“You train to play well. That was a high quality game, but we were playing high quality hurling for the past three weeks and you hope that comes out on the pitch. When you are managing a team you are hoping that what you do on the training pitch comes out.

“Some days it doesn’t happen, some days it does. Today we played a good quality game, but I would be unhappy with elements of that game from our point of view.

“We are really just trying to become a better team. We could always work harder. We are not at a level that I want to work at.

“As far as I am concerned I saw a team (Limerick) playing on Saturday night in Croke Park that I thought were a serious team that we have to play in three months’ time. I’m not focused on anything, but the championship in June,” O’Shea added.

Irrespective of Eamon O’Shea’s protests to the contrary Tipperary’s form, allied to wins over Kilkenny and now Galway, positions his side nicely for national league honours.

So, does Eamon O’Shea actually want to win the league?

“I want to win the next match. Every game is one that we want to win,” Eamon O’Shea said.

“We targeted a win against Cork, but we didn’t get it. That target went.

“So, I’m looking forward to winning the next game.

“If that’s next Sunday, then brilliant - every game that Tipp go out to play we want to win it, but we don’t. So, we just hope to win the next one.”

“A team is always looking to try to do that. We do want to concede less frees, that is for sure. But we want to be positive in the way that we play as well.

“I enjoyed that match. I would have enjoyed that match if we had come out of that match by just a couple of points. The hurling was good and the pitch was lively. And, I thought that there were bits of play from both teams there that were good. But I don’t look at one game. One game is immaterial to me. I’m looking at five or six games and at the way that we train. Talk to me in a couple of months and I will be able to give you an analysis of where Tipp are. I can’t give it to you today.”

Meanwhile Galway manager Anthony Cunningham was most obviously disappointed with the display of the 2012 All-Ireland finalists.

“A very flat performance today and we would have to say that we were disappointed with it,” Anthony Cunningham told the Tipperary Star.

“We are not over-training, but it looks like we were very tired there. I know we scored a goal and nineteen points today, but we leaked a good few there at the back. We had chances for a couple of goals and would be disappointed with some of the defending.

“We were wide open there for a few goals. We were not tight enough on our men and we looked to be second to every ball.

“Whether it is too much training or too long a season or just our touch being off we have to sit down and go through that with the players during the week. Tipperary deserved their win. They were streaks ahead of us with their touch and they were that bit sharper today.”