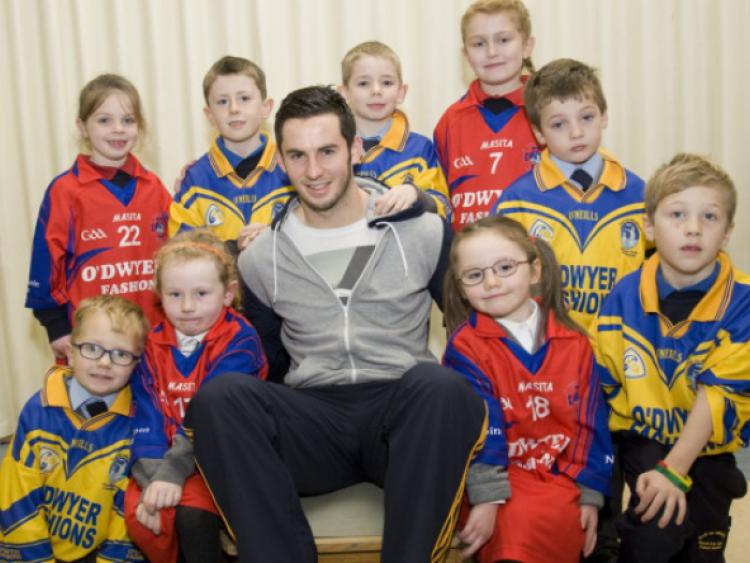 Cathal was there to promote the upcoming senior hurling challenge match between Tipperary and Wexford on 11th January in Leahy Park Cashel.

All gate proceeds will go towards the two schools. While it will be very much pre-season fare, hurling enthusiasts will have the opportunity to watch out for any new faces coming on stream for the 2015 season.

They will also be looking out for early clues as to what approach Eamon O’Shea and his men will take for their assault on the season ahead. Speaking to the girls and boys, Barrett remarked that, while he was firstly looking forward to the team holiday in Dubai at the end of the year, their arrival back in Ireland will signal the real start of business and he hoped that he would be lining out for Tipp on the day.

Definitely the boys and girls of the local schools will be watching out for Cathal and they are hopeful that the man “in the green helmet” will push on to even greater heights than before.

Members of the school community and the local GAA club are working hard together to make this a successful occasion. The two principals are also very thankful to Tipperary County Board for affording them the opportunity to host the event.

Throw in at Leahy Park is at 2pm on Sunday 11 January. €10 entrance at the gate. €8 for pre-paid ticket available at the schools from Monday 5 January onwards.