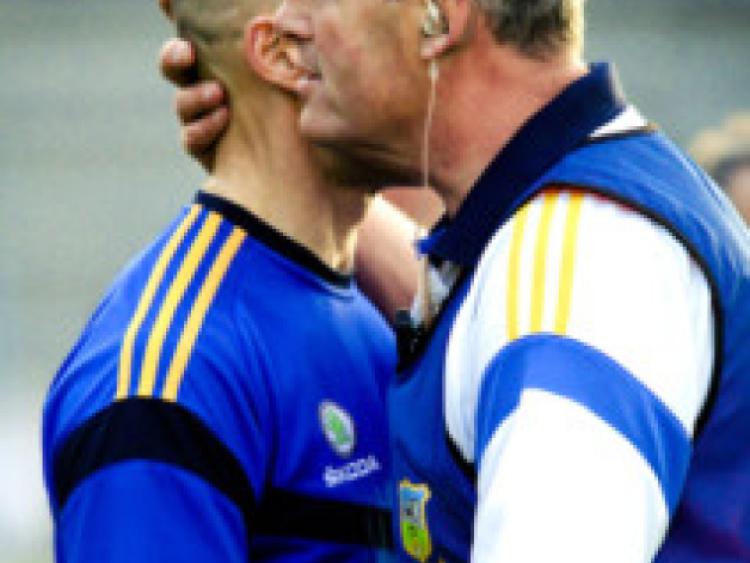 Ken Hogan has presided over the Tipperary under-21 hurling team for the past four years and represents a reliable source of information in the aftermath of a contest.

Ken Hogan has presided over the Tipperary under-21 hurling team for the past four years and represents a reliable source of information in the aftermath of a contest.

Indeed, the Lorrha man said he was delighted by the display of his players in Friday night’s provincial quarter-final.

“We were very worried coming into the game. We had a number of injuries and we strapped up a few fellas to go out on the pitch tonight. We were delighted that they came through and when we you see Mikey Breen there, who is doing his Leaving (Cert) next week, you know he really threw himself into it. There was savage attitude and savage application,” added the man who guided the Premier to the 2010 All-Ireland under-21 title.

“As a team they are a very together bunch of lads and that’s not down to the management or anything. That’s down to the guys themselves. They are very much grounded and we were thrilled to just get over the line,” Ken Hogan said.

“We were delighted that the lads were just so committed. They are just a great bunch of guys. Tossy (Tomás Hamill) and Jayo (Jason Forde) from the senior panel; I was delighted as well that John Meagher got in for four or five minutes.

“He had a terrible few months you know with injuries, tears and pulls. We are just thrilled that he got in and got four or five minutes of action,” Ken Hogan added.

“I suppose our first half display was fantastic,” Lorrha’s Ken Hogan said as he reflected on an opening thirty minutes which saw Tipperary stride into a 1-11 to 0-4 lead.

“We slipped a little bit, of course, in the second half. It got scrappy and we got a bit scrappy.

“I suppose with the calibre of forwards that they had they were always going to come at us.”

Indeed, many observers fancied Limerick to beat Tipperary in this clash and Ken Hogan was very aware of that fact.

“Any day that you beat Limerick in a championship game is a good day and two years in-a-row is great,” Ken Hogan said.

“There is a little bit of added pressure when you are on your home pitch. So, we are delighted from that point of view that we came out winners.

“I think we applied ourselves very well. We’re just delighted to get over the first round. We have seven weeks now to get ready (for Cork),” Ken Hogan explained.

“It’s just one round, but it gives us huge impetus and it will give us great belief. We’re just delighted to get over that first round. Cork are going to be a big obstacle, but at least we are there to take them on.”