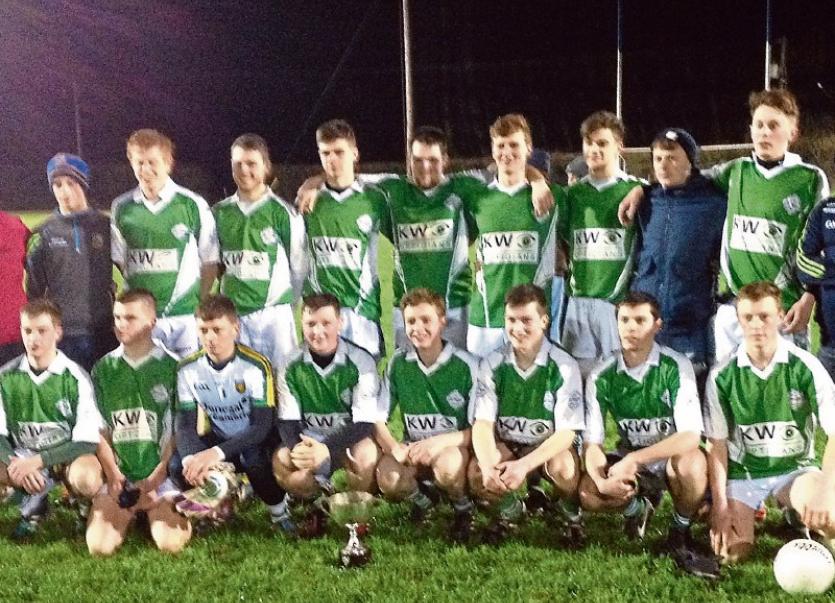 The game was played in cool dry conditions which saw Golden take their fifth title in the grade.

It was a lively start by both sides but scores were hard to come by in the opening quarter. Both sides would create chances as the game progressed with both clocking up wides. Golden opened the scoring after four minutes with a point from Keith Landy. Clonoulty tied up the game through a point from Dillon Quirke but this was almost immediately cancelled out at the other end by Seanie O’Halloran to restore Golden's advantage at the midway point of the half.

Andy Byrnes pointed for Golden/Kilfeacle almost immediately from the throw which saw an immediate reply from Dillon Quirke, before Clonoulty/Rossmore were dealt a huge blow when they were reduced to 14 men. Johnaton Wade pointed for Golden/Kilfeacle to leave them 0-9 to 0-4 ahead 10 minutes into the second half. Clonoulty/Rossmore rallied and points from Owen Ryan and Enda Heffernan saw the gap brought down to three points. With a quarter of the game remaining Golden/K were awarded a penalty which was dispatched to the net by Josh Keane. Declan O’Dwyer replied with a point from play but the extra man was now starting to tell. Sean O’Halloran and Josh Keane (2) added further points before Johnaton Wade goaled with just a minute of time left. Cathal Bourke pointed in injury time but it was mere consolation as Golden/Kilfeacle ran out comfortable winners.