Goal in either half break gallant Tipp hearts 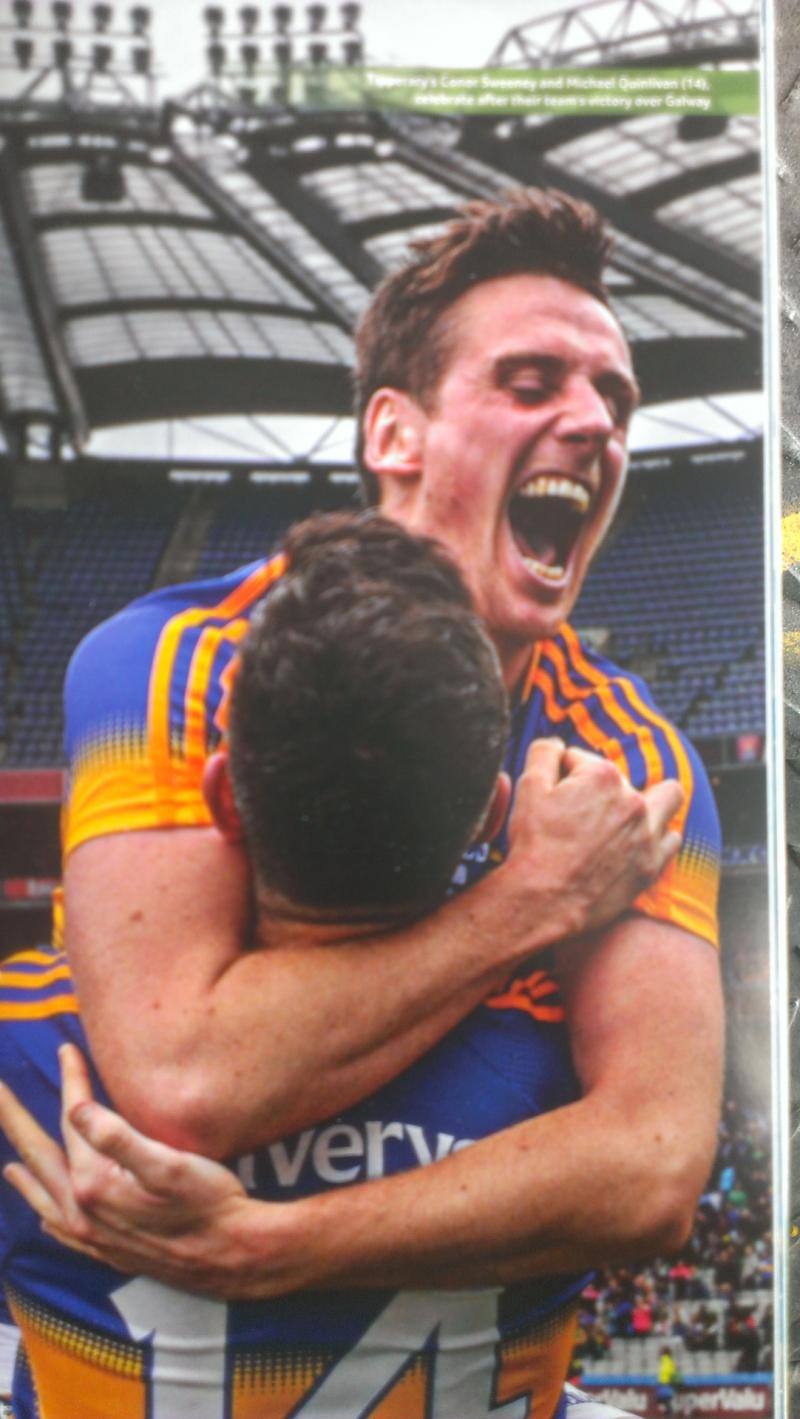 A goal in either half  this evening in Croke Park proved decisive as Mayo defeated gallant Tipperary to make it to the All-Ireland senior football final.

A magnificent effort from the Tipp lads saw them claw their way back into the game, but an opportunistic goal from sub Conor O'Shea 6th minutes from time put paid to Tipps chances.

The last ten minutes before half time was to prove Tipperary's undoing as Mayo struck for 1-7 to Tipp's 0-1 in that period - the goal coming against the run of play when Jason O'Doherty was on the end of a fine move which had commenced with a turnover at midfield.

Although the goal only leveled the game 0-6 to 1-3, Mayo swarmed all over Tipp and really went for the jugular. They swept over the points with ease - Diarmuid O'Connor, Kevin McLoughlin, Lee Keegan, Aidan O'Shea and Andy Moran (3) being the chief protagonists.

Tipp, who had two Conor Sweeney scores to go along with three from Michael Quinlivan and one each from Philip Austin and Kevin O'Halloran, needed to find an extra gear in the second half or else the game could run from them very easily.

Those scores came with Tipp bagging four of the first five scores of the half through Kevin O'Halloran, Bill Maher and Quinlivan (2). Tipp had the deficit back to a goal with a quarter of an hour to go but O'Shea's goal which came after a Cillian O'Connor miskick, stumped Tipp and ultimately won the game for Mayo.

Tipp finished with 14 men when Bill Maher was dismissed for a red card.

It was a rare sight indeed to see the Tipp players being applauded off the field by their people who stood in recognition of their gallant efforts this season.