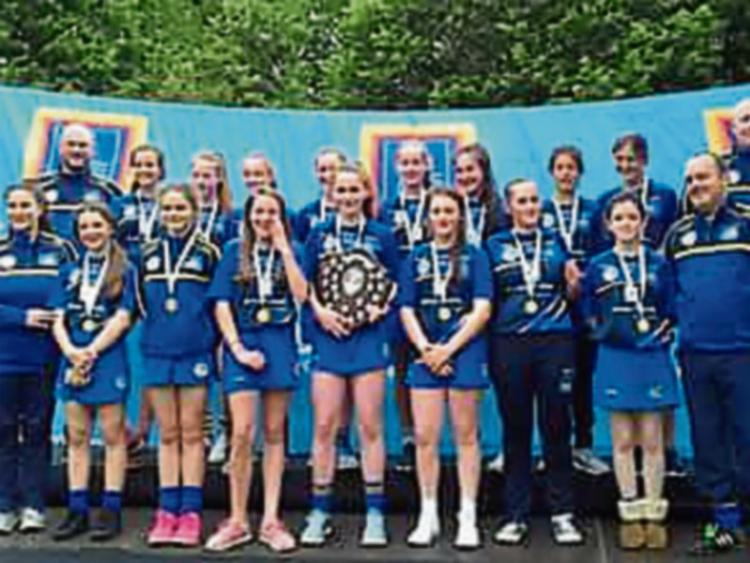 Cashel/Rosegreen Camogie added the Munster title to their bow with two superb victories at University Limerick on Saturday last.

Having come through Tipperary courtesy of a win over Moycarkey in the county final the girls faced Killmallock and District in the Munster Semi final.

The game was closely fought early on but goals from Alessia Mazzola and Keeva O Donoghue put some breathing space between the teams. Brilliant points from Grace Moloney (3), Anna Fahie (2) handed Cashel a halftime lead 2-6 to 2-1.

The second half saw Cashel stamp their superiority with a further O'Donoghue goal and three points soon added to by an Anna Fahie point and two goals from Emilie Borowski and Erin Gillespie sealing a brilliant win and a place in the Munster final.

So it was onto the decider and West Cork Club Enniskeane stood in our way of pulling off a major title.

Our defense was now watertight with Ella O Dwyer, Saoirse Davis,Aoibhe Gayson Molloy, Chloe Coleman in particular outstanding. Evelyn Gayson Molloy in goals sharp and quick to clear any danger, Enniskeane struggled to break down the defensive line. When Erin added a fantastic individual goal the confidence filtered through the team.

The girls continued to attack, Anna Fahie scored a goal with Cara adding another goal and a point to make things very comfortable.

However Enniskeane replied with a brace of goals as they heaped pressure on the Cashel defense.

But two brilliant Grace Moloney points one in particular similar to one scored in the Leinster senior hurling final was the score of the match.

Lily Fahie and midfield Partners Alessia and Grace were outstanding throughout, while in attack Anna and Erin worked their socks off from start to finish with young duo Ciara and Keeva a constant scoring threat, Ella Shelley, Ellie Butler and Emilie Borowski Played brilliant also.

Each and every girl played their part. A special word for Katelyn Downey who missed out though injury, we wish her a speedy recovery.

We now hope to continue our good run when we go onto the All Ireland Community Games in Abbotstown in August, whatever the result, this group of girls are already winners.

Congratulations to all involved, and our supporters, on a fantastic campaign so far.