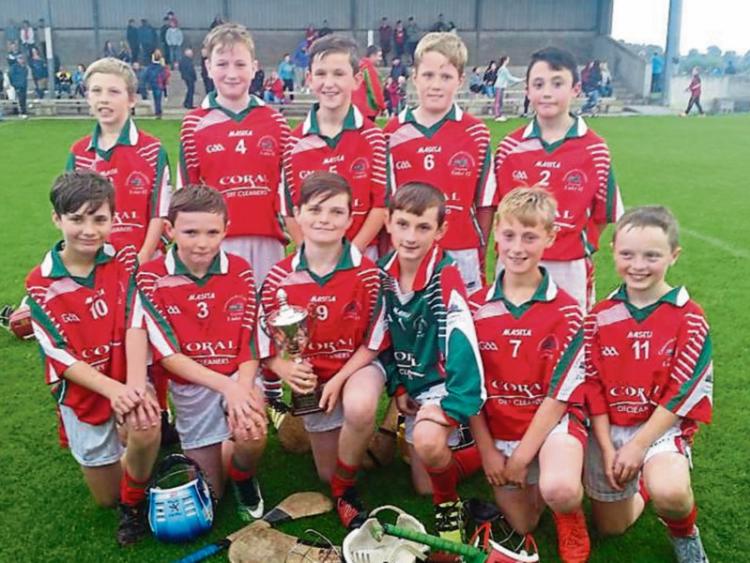 Our U12A Team lost the West Hurling Final by the minimum of scores against a good Kickhams Team.

Cashel's Captain Anthony Walsh's point on 3 minutes cancelled out Kickhams opening point. From there Cashel led to late in the second half. Three points from David McGrath and another by Anthony Walsh saw Cashel lead by 0-5 to 0-3 at half time. Anthony Walsh pointed a free early in the second half to extend our lead to 3 points. Weather conditions from beginning to end were dreadful and chances were few.

Late on Kickhams scored a goal to level the game and then added a point to lead with three minutes to go. David McGrath equalised for Cashel. Kickham's then scored from a free in the last minute.

A couple of late Cashel chances went to wrong side of the posts and time unfortunately caught up on us. It was a huge team effort on top of a great year for this group of boys.

Thanks to Coaches, Joe McGrath, Niall Walsh, Brendan Murphy, PJ Dunne, Ger Kelly, Sean O'Donoghue & Evan Hennessy. A special mention for Anthony Walsh who had a superb game and Oisin O'Donoghue who due to injury was really missed. We wish Kickhams best of luck in the County Semi Final and we know our boys will be back in the not too distant future.