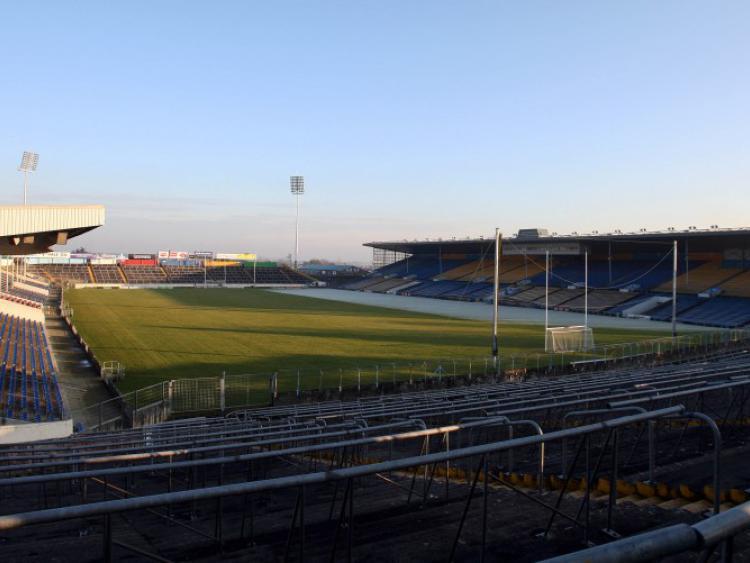 On September 30th at Croke Park the Gaelic Athletic Association convened a special congress to discuss and then vote on a number of motions pertaining to the structure of the All-Ireland hurling championship(s). The GAA subsequently passed a motion which has forced the Tipperary County Board to drastically alter the structure of the club senior hurling and football championships in the Premier County - please read on for an explanation of the situation that the County Board now find themselves in and some potential solutions to the problem.

Delegates to the special congress voted through (62%) an Árd Chomhairle motion which essentially means that the 2018 Munster hurling championships will be played off on a round robin basis.

The national leagues will run from January to March, the provincial championships will begin in May and the inter-county season will come to a conclusion before the end of August while April has been ring-fenced to accommodate club activity.

The new inter-county structure means that fifteen weekends are left to play club championship games. And, that is without taking into account the possibility that the Tipperary hurlers or footballers could qualify for the All-Ireland final or the under-21 hurling team could reach their respective All-Ireland finals (scheduled to take place in August) - either eventuality would reduce the number of weekends available by a significant margin.

Essentially, given the current structure of the Tipperary club football and hurling championships it is not physically possible to leave the format as is.

The term for the current format of the county senior hurling championship comes to a natural conclusion this year. And, the structure for the 2018 club championship in Tipperary will be determined at the November meeting of the County Board on Tuesday, November 28th.

Meanwhile the executive are inviting clubs to propose motions regarding potential formats for the hurling and football championships before the deadline of Friday, November 17th.

As part of the County Board's intention to piece together a new strategic plan (2017-2020) the county development committee, as chaired by PJ Maher, sought out the opinions of players, officers and the general public via an online survey earlier this year.

The results of that survey were presented to the April meeting of the County Board along with the new strategic plan proposals which were informed by the issues raised. Indeed, a draft proposal for the potential re-structuring of the club championship was unveiled at that meeting and subsequently emailed to all clubs.

Then, on October 17th, a “Club Forum” was hosted in the Anner Hotel to ensure that all stakeholders were fully informed in advance of the November meeting of the Tipperary County Board when the format for the 2018 club championships will be determined.

The proposed re-structure has generated heated debate since it plans to sever the link between the divisional and county championship at senior level.

The CCCC’s proposed re-structure of the club hurling championship is as follows: Roinn I of the county senior hurling championship comprises sixteen teams (four groups of four). Following three rounds of games the second team in each group qualifies to play a third-placed team in an open draw with the winners progressing to the last eight against the seeded group winners. Only the sixteen teams in Roinn I compete for the honour of lifting the Dan Breen Cup.

Meanwhile the bottom team in each group plays off in a round robin system in order to determine a side to be demoted to the Séamus Ó Riain Cup.

In 2018 the CCCC envisions that the Séamus Ó Riain Cup competition comprises twelve teams with the champions promoted to Roinn I to compete for the Dan Breen Cup in the following season. Via promotion from the intermediate grade the CCCC envisions that the number of teams competing in the Séamus Ó Riain Cup cup would be increased to fourteen in 2019 and to sixteen by 2020.

The CCCC proposal for the running of the 2018 county intermediate championship involves eighteen teams (six groups of three). Following three rounds of games the second team in each group qualifies to play a third-placed team in an open draw with the winners progressing to the last eight against the seeded group winners.

The CCCC envision that the 2018 county senior football championship being run as follows: sixteen teams (four groups of four). Three rounds of games followed by quarter-finals, semi-finals and the final.

It is understood that a number of the North Tipperary clubs will vote in favour of a proposal which would see the divisional senior championships retain their link with the county championship and be played to completion in April on four consecutive weekends.

The aforementioned structure then allows for one round of the county senior hurling and football championships to be played before the county championships resumes once more in September following the inter-county season.

The plan then envisions to play out the respective championships to their conclusion by October 28th.

This proposal envisions that the 2018 county intermediate championship would feature twenty-two teams (six groups) followed by preliminary quarter-finals, quarter-finals, semi-finals and a final and would be completed over seven rounds.

The proposal allows for two sides to be relegated from intermediate in 2018, but suggests that no side is relegated from the Séamus Ó Riain Cup in 2018 and 2019.

The proposal argues that with such a structure by the time the 2020 season rolls around Tipperary would have three tiers with sixteen teams in each.

Between 2018-2020 the proposal envisions that Roinn I of the county senior hurling championship comprises sixteen teams (four seeded groups) and maintains the link with the divisional championship via preliminary quarter-finals before the championship progresses to the quarter-finals, semi-finals and final while two sides are relegated on an annual basis.

Two sides are also promoted from the Seamus Ó Riain Cup which would comprise twelve teams in 2018 with the finalists promoted to Roinn I for the following year.

Relegation would be removed from the equation in order to develop a system featuring three tiers of sixteen teams each by 2020.

CCCC secretary Tom Maher, chairman John Devane and County Board chairman Michael Bourke have pointed out on several occasions and in reasonably blunt terms that the format of the club championships is not fit for purpose. Indeed, CCCC chairman John Devane is on the record - there is an “urgent need” to address issues associated with the club fixtures schedule in Tipperary in general and the exact structure of our club competitions in particular.

Speaking to the Tipperary Star earlier this year John Devane argued that “our divisional system is in place for over one hundred years and has played a significant role in the development of the GAA in Tipperary. Tipperary is a large county and there is a need for our divisions now and into the future. However, retaining the link between divisional and county championships in many grades is difficult to justify and adds huge complications to our competitions”.

During the September meeting of the County Board Tom Maher, the secretary of the CCCC, asked delegates to “look at the wider picture”.

“You need to remove yourself from whatever situation you are in (with your club) and look at the wider picture - we have got to stop getting emotive about it and parochial about it or we are going nowhere. We have got to come up with a proper plan to run our competitions,” Mr Maher explained.

At the club forum in October Tom Maher asked clubs to submit detailed motions to the November meeting of the County Board.

“Now is the time to put it all down on paper,” Tom Maher said.

“It is a far more difficult problem to put it all down on paper than to talk about it,” the secretary of the CCC revealed before asking delegates to ensure that football, hurling, dual clubs and divisional championships are all catered for in motions submitted for consideration.