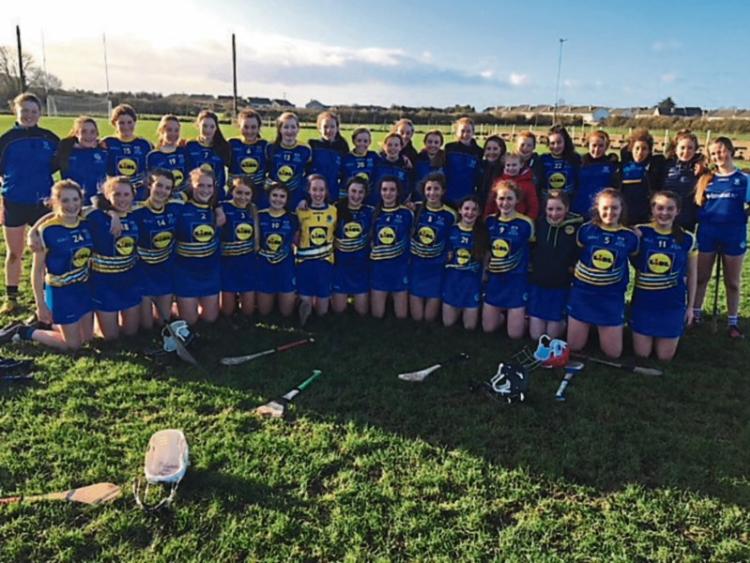 This game had everything from sin bins for both sides, some fabulous points and goals to the unpredictability of the elements with the game starting in sunshine and finishing in torrential rain.

From beginning to end the game was played at a frenetic pace and in great spirit. The first half was tit for tat with Cashel Community School leading 2:2 to 0:6 at half time thanks to goals from Leah Baskin and Kate Gayson Molloy.

The second half continued in the same vein with Cashel shading minutes 30-40 and Skibbereen taking over from 40-50.

There was 5 points in it with just over 10 minutes to play and then the real turning point came. Cashel conceded a penalty and a sin bin but to Cashel’s relief the penalty was sent wide.

Three minutes later the same scenario happened but this time in Cashel’s favour with Kate Gayson Molloy dispatching the penalty with aplomb.

A six point swing.  With Skibbereen losing their way after this, Cashel completely took over adding another 1:2 to the scoreboard running out 13 point winners. It would be wrong to single out any individual display as all 16 players used by Cashel CS were outstanding on the day producing an epic team performance.

Well done to all involved and best of luck in the final.