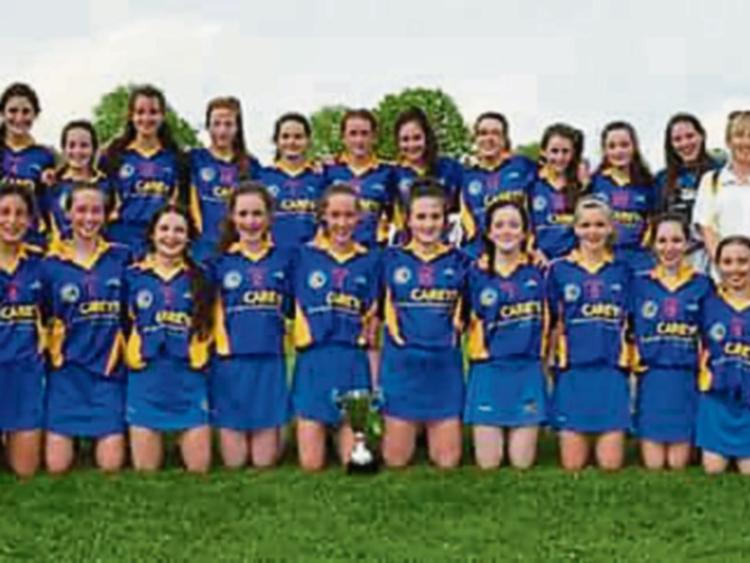 The Cashel U.14 girls produced the perfect display to claim county honours defeating Eire Og Annacarty in the 'A' final on Thursday last in pitch perfect conditions at the Ragg.

Both sides had played each other just two weeks previous with Eire Og snatching a late late victory.

Cashel quickly laid down their intentions, Ciara Moloney pouncing for an early goal.

The exchanges were very even out the field with both teams very committed.

A free from Keeva O'Donoghue was quickly followed by points from Erin Gillespie and Grace Moloney as Cashel gained superiority on the scoreboard. Eire Og added a point before halftime to leave it Cashel 1-3 to 0-1 ahead.

The second half saw Cashel continue their fine form as Eire Og struggled to contain a dominant Cashel display.

The defense was tight and solid dealing with any threats. Cashel's second goal put the result to bed with Grace Moloneys cross field ball finding its way to the net.

Shortly after Keeva O'Donoghue's 45m free also evaded everyone sneaking in under the crossbar to the net to seal a comprehensive victory for Cashel.

This was a brilliant display from the girls from start to finish.

A massive well done to the panel and mentors, as they now get ready to represent Cashel and Tipperary Camogie at the John West Feile in Clarinbridge, Co. Galway. We wish them well. Commiserations to a young and talented Eire Og side. No doubt this team will bounce right back and we wish them well in future competitions.