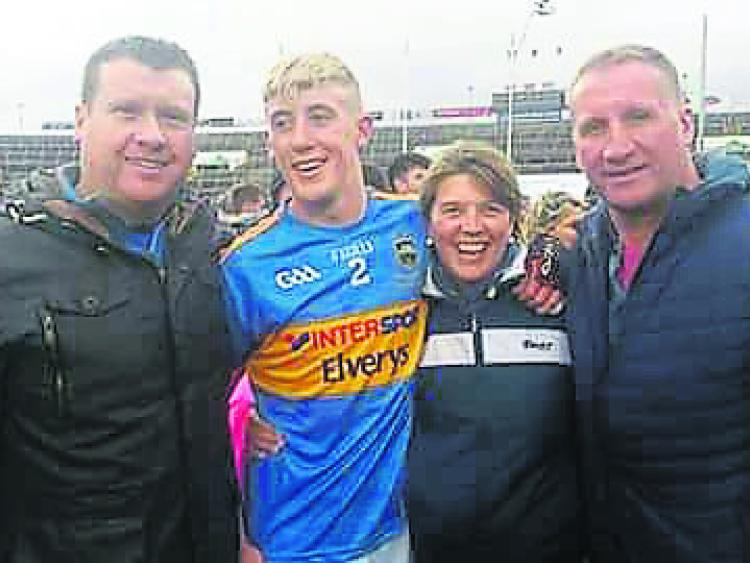 Lotto
CKC Lotto in association with Cashel Camogie and Handball Clubs. Numbers drawn: 12, 21, 30, 31. No jackpot winner.
Juvenile News
U.12 E West Hurling Semi Final - Cashel KC C 5-2 Cappawhite Gaels C 5-1
Our U. 12C Hurling Team reached the West Final by beating Cappawhite Gaels by a point in Dundrum on Wednesday 22nd Aug.
Cashel raced into a commanding lead but were pegged back by a Cappawhite fight back before half time. Leading by 2 points at the break the Cashel scorers were, Cian Fitzgerald 1-1, Ultan O’Donoghue 2-0 and Evan Ryan 0-1.
An early second half Cappawhite goal followed by a point saw them lead for the first time in the game. Evan Ryan then netted directly from a free for Cashel to reclaim the lead. David Matheus then took a well earned goal. A Cappawhite goal in the last couple of minutes meant Cashel had to battle all the way to hold on and reach our 3rd West Hurling Final at this age group.
The boys play Arravale in Dundrum next Monday night at 8.15pm tbc.
Well done to all the Boys and their Coaches, Ruairi Ryan, Declan Fitzgerald, Jonathan Walsh and Rodger Ryan.
All Ireland Success
A massive congratulations to Tipperary's U.21 panel and their management team on a superb victory over raging hot favourites Cork at the Gaelic Grounds to be crowned All Ireland Champions. Our own Eoghan Connolly played a blinder at corner back displaying composure, skill and sheer determination stifling the Cork full forward line, throughout the game. A huge occasion for Eoghan and a proud one too for his family. Also to Kevin O Sullivan part of Liam Cahill's backroom team for a few seasons now, a massive well done.
Fixtures
West Minor Hurling A Final - Cashel KC Vs Cappawhite Gaels Saturday September 1st at 3pm in Sean Treacy Park.
County Intermediate Hurling - Cashel KC Vs Thurles Sarsfields Sunday September 2nd at 1pm in Holycross.