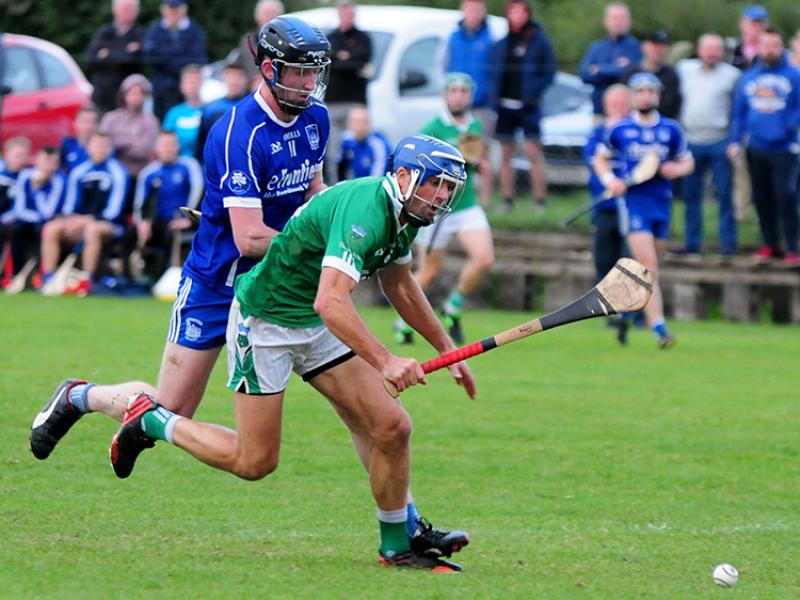 Thanks to a rousing display Drom & Inch stunned defending championship Thurles Sarsfields at Holycross on Sunday evening - Drom beat Sars with seven points to spare (2-22 to 1-18) and a three-way play-off must now take place between Drom & Inch, Thurles Sarsfields and Upperchurch-Drombane to determine which two sides progress from group three to the knock-out stage of the Tipperary Water County Senior Hurling Championship. And, the fixtures schedule for this series of play-off games have been released by the Competitions Control Committee.

Following the weekend’s action Nenagh Éire Óg, Toomevara and Kiladangan progressed as group winners to the quarter-finals of the Tipperary Water County Senior Hurling Championship while Clonoulty-Rossmore, Kilruane MacDonagh’s and Loughmore-Castleiney finished second in their respective groups and also qualified for the knock-out stage of the competition. Killenaule finished bottom of their group, but have still qualified for the preliminary quarter-finals by virtue of winning the South Tipperary Senior Hurling Championship - the South champions will be drawn against a second placed team in due course.

Meanwhile the relegation play-offs will consist of Mullinahone, Carrick Swans, Killenaule and Portroe with two sides facing the drop to Roinn II.

On Saturday in Templemore Nenagh Éire Óg won their third successive game in group one when beating Mullinahone with ten points to spare (2-22 to 1-15). In the second round Éire Óg earned a reasonably fortunate two-point win over Clonoulty-Rossmore (1-20 to 1-18) while Nenagh Éire Óg proved too strong for Roscrea (2-24 to 0-11) first day out.

Toomevara walloped a fancied Killenaule team at Templemore on Saturday evening (4-15 to 1-14) to register their third victory and duly wrap up top spot in group two. As a result the Kilruane MacDonagh’s required a four-point win over Éire Óg Annacarty on Sunday in Dolla to finish second in the group and progress to the knock-out stage of the championship on scoring difference. And, Liam O’Shea’s men did the needful with something to spare when winning by six points (1-19 to 0-16).

The Greyhounds top the group on six points while Kilruane, Éire Óg Annacarty and Killenaule all finished with two points - Kilruane (-1), however, registered the healthiest scoring difference of that trio; Éire Óg Annacarty (-6) and Killenaule (-7). As a result Killenaule will face the relegation play-offs even though they also qualify for the preliminary quarter-finals of the county championship by virtue of winning the South Tipperary Senior Hurling Championship. Kilruane MacDonagh’s are also through to the final of the Hibernian Inn North Tipperary Senior Hurling Championship (Liam O’Shea’s men await the winner of the semi-final replay between Kiladangan and Nenagh Éire Óg on September 8th).

Entering the final group game at Holycross on Sunday evening Drom & Inch knew that a win over Thurles Sarsfields would force a three-way play-off between themselves, Upperchurch-Drombane and Thurles Sarsfields. And, thanks to a rousing display Drom earned a seven-point win over the defending champions (2-22 to 1-18). Last weekend Upperchurch-Drombane enjoyed a six-point win over Carrick Swans (1-23 to 2-14).

Thurles Sarsfields, Upperchurch-Drombane and Drom & Inch completed the group phase of the competition on four points, but since Carrick Swans gave a walkover in the opening round scoring difference could not be considered in the event of three sides finishing on equal points.