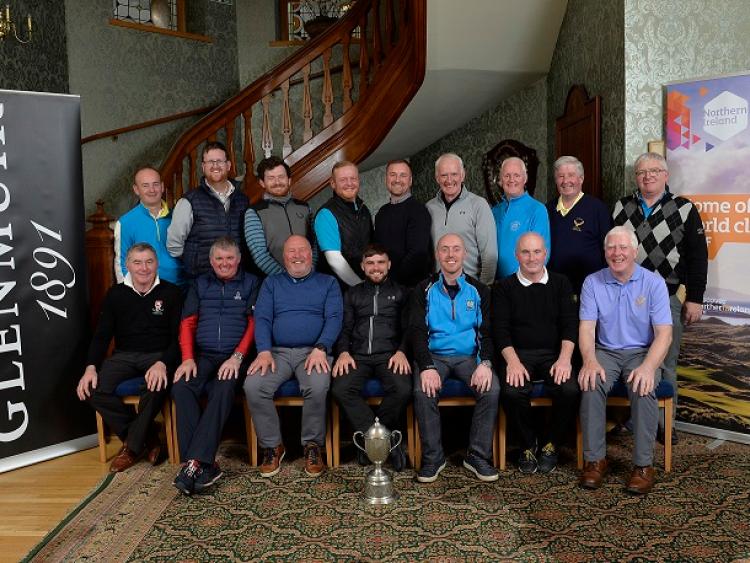 Billed as the amateur Ryder Cup®, The International Kings Cup Match Play Event is a leading amateur event played in honour of golf’s greatest ambassador, Mr Arnold Palmer, whose Honesty, Integrity, Sportsmanship and Commitment to Excellence represent the ideals for which the game of golf is known.

Team Ireland is now complete and Ireland’s 16 man team will travel to Orlando, Florida to take on Team USA at Arnold Palmer’s Bay Hill Club and Lodge for three days of tournament golf. For the past three years Team Ireland has been victorious and Team USA will be keen to play on home soil with a win in their sights to take hold of the International King’s Cup.

European Director of Operations Lynn Mc Cool - ‘We had record breaking entries for the provincial qualifiers and the weather was great at each of the four venues. This year the interest has been amazing, More and more club golfers are becoming familiar with the event and the atmosphere at Malone Golf Club was exciting as golfers watched the leader board in the clubhouse to see who made it on to Team Ireland. With the event played in honour of Mr Palmer I’m so excited that Team Ireland will get to experience Arnold Palmer’s Bay Hill Club and Lodge. It will be a special event played at a special place. For the first time the event will have TV coverage and broadcast to 6 million homes in the USA and 11 million homes in the UK covered by award winning TV Host Randy Tantlinger. The event is growing and soon there will be the addition of more participating countries. The format is pairs and the event is unique in that it has four handicap categories and two different age brackets. Open age & 55 plus. It is an event for every level of golfer’