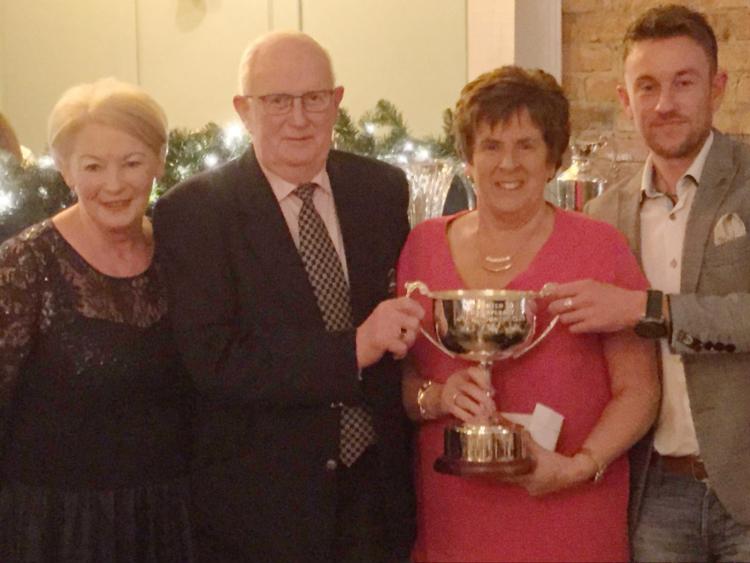 Club Captain Richard O’Keeffe hands over to incoming Captain Kevin O’Sullivan after a very successful year.
In his final address to the club as Captain, Richard acknowledge the great our committee puts in to ensure that our club runs smoothly in particular, the competitions and handicap committees who ensure that all competitions are run off smoothly and that members are treated fairly for handicapping purposes.
He thanked Michael Slattery and Michael Ryan who took over the positions of Club Secretary and Club Treasurer which were vacated during the year. Both, he said assumed the roles in a seamless fashion and carry out their duties efficiently.
He Thanked Pat Ryan for his role as Junior officer. Pat, he said has put a big effort into helping with training the juveniles.
He thanked Des O’Neill who acts as liaison officer for the club with the course management and staff. Des has always kept us very much up to date with happenings on the course and carried our requests back to management and staff as required. He thanked all members who participated in this year’s classic and encourage all to continue their support.
Richard then thanked the retiring members of the committee for all their efforts over the years in supporting the club, Oliver Gleeson, Pat O’Gorman & Seamus O’Dwyer and he wish the new members joining the committee every success in their roles. In particular, he wished Tony Reade every success in his role as Vice-Captain.
He thanked the Clubhouse and Venue staff who always treat all members in a courteous manner. He also thanked Jeff Leo for his help and support during the year.
Richard said it was a great honour for him as Captain to invite Phil Ryan to become Club President. Phil was a hugely popular choice as president. he wished Phil continued success in this role in 2020. He said he wished in particular to acknowledge the decision of Jeff Leo in transferring the selection of club president from the owners to the members.
Unfortunately, 2019 saw the loss of some past club officers with the passing of Peter Magner, Jack Crowe, Seamus Moore and Mary Slattery. They and their families remain in our thoughts, may they rest in peace.
Richard went on to thank all members for the support shown to him throughout the year.
Richard finished by saying it was his great pleasure to introduce your 2020 Captain Kevin O’Sullivan.

Pictured below: The Presentation of the Slattery Cup to the winners of the Mixed Doubles. Left to right: Lady Captain Jenny Laurence, Michael Slattery, Competition winners Anne Grace & Thomas Keane (The Slattery Cup is dedicated to the memory of the late Mary Slattery RIP) 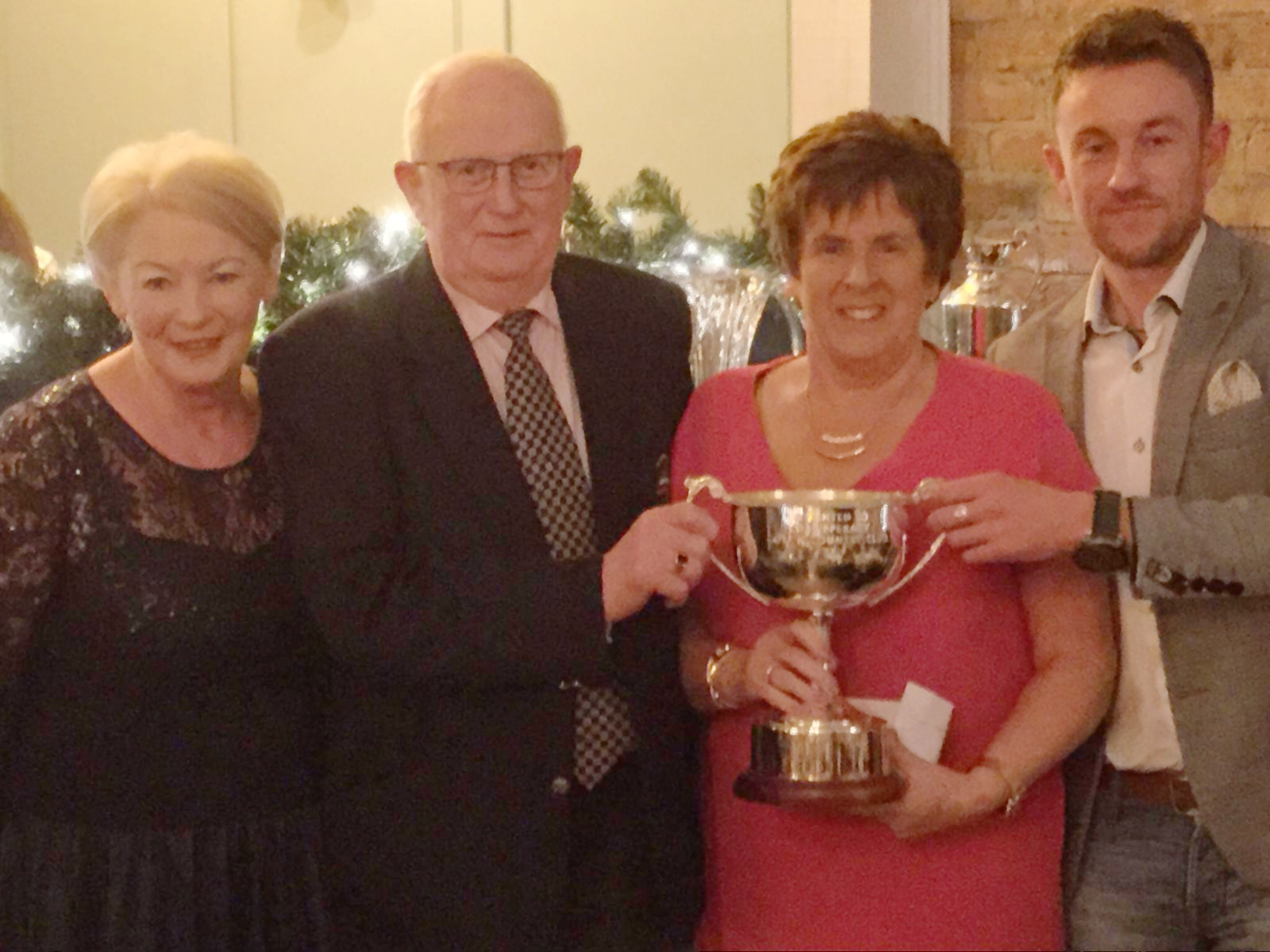